Structural elements are the primary members that form the skeleton of any structure. They are inter-connected in different ways to materialize a structural design.

Nevertheless, a structure’s response to any applied loading hinges on the material the members are made from. For a structural engineer, it is essential to recognize the different types of elements that can be hitched up in different ways to come up with a structure that serves the deliberate cause aptly.

Structural elements can be broadly classified into line, plate, and shell elements. The details of each of these and the sub-categories they entail are elucidated below:

A line element is a structural member whose one out of the three dimensions is dominant over the other two. In other words, the cross-sectional dimensions lag in magnitude by its length or longitudinal dimension considerably.

Needless to say, the length of a member is not necessarily its horizontal dimension, instead, the length of any element in space is its governing or leading dimension. Structural line elements can further be classified based on how they cater to the applied loading as well as their deformation behavior. The classification is given as follows:

Tie rods or bracing struts are line elements that bear the applied loading by developing axial tensile forces. These members are fairly slender, and therefore, circular rods, bars, angle sections, and channel sections can be used to serve the cause. Generally, these members are made up of steel, however, wood is also used in some cases. 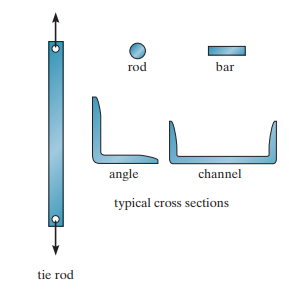 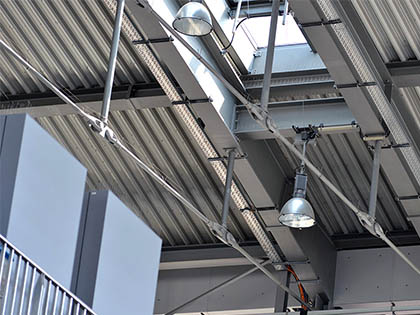 Beams are structural load-bearing members that resist the applied loading in flexure i.e., by flexing or bending. The curvature of a beam depends on the direction of the applied load with respect to the orientation of the member as well as the support conditions.

When an applied load tends to deform a beam, shear stresses are also developed when the layers slide past each other on the microscopic scale. Therefore, shear forces and bending moments are developed throughout the beam span.

Beams can be built up from steel (hot-rolled or cold-formed), timber, or concrete. However, the cross-sectional diversity prevails the most in the case of hot-rolled steel sections. Concrete and wooden beams are usually rectangular or square in cross-section and it is tedious to play with their transverse dimensions.

For concrete beams, steel reinforcement is mandatory as per the specifications of the code. This is kept as a factor of safety against unavoidable eccentricities in material casting as well as construction works. The figure below shows the variety of cross-sections available for hot-rolled steel beams. 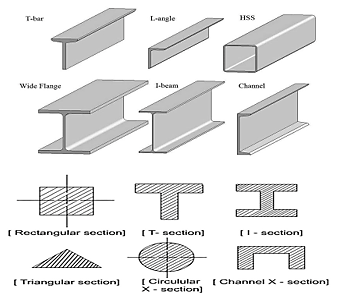 The more are the number of reactions a beam can develop, the greater is its stability. Nevertheless, its static indeterminacy also hikes up with an increase in the number of supports or support reactions. The following figure shows some types of beams based on their end conditions. 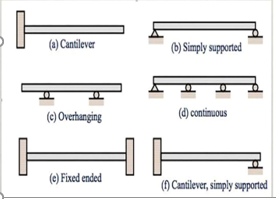 Columns are predominantly axial compression members, and defy the structural loads by developing axial compressive stresses. The same beam cross-section can also be used as a column. However, the deformation behavior and the material response to the applied load will be different in both cases.

Beams usually rest on columns and transfer the slab load as well as their self-weights onto the column sections. These columns further transfer the load to the footings that dissipate it further into the foundation underneath.

Just like beams, columns can be made out of steel, concrete, or bricks. The hot-rolled steel sections have miscellany in their cross-sectional shapes, but as for concrete and brick columns, succumbing to a rectangular or square section gives an upper hand on the economy.

It is to be kept in mind that beams and columns are never defined based on the horizontality of the former or the verticality of the latter. It is the deformation behavior and the load-bearing mechanism that discriminates the two.

A plate or area element is a structural member that has two significant dimensions that lead the third dimension by magnitude. Slabs, footing, and walls are the most common examples of a plate element and are discussed below;

Slabs are structural load-bearing members that withstand the loads present on a floor level and transfer them to the underneath stories. In the case of slabs, the surface dimensions are significant in comparison to the thickness or depth. Slabs are generally made of reinforced concrete and function as a roof for a particular story.

A slab can be either one-way or two-way depending upon the ratio of their plan dimensions. However, in both cases, shear forces and bending moments are developed in the slab sections when it is acted by an external load. 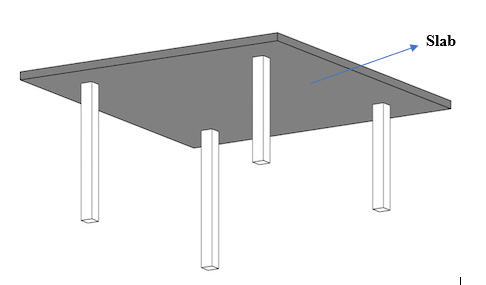 Footings are also load-withstanding members. The thickness of a footing is usually less when compared to its plan dimensions. Footings carry the loads from a story and help dissipate it to the soil below. They have a variety of shapes and types. The type of footing depends on the magnitude of load as well as the site conditions. A few types are shown below: 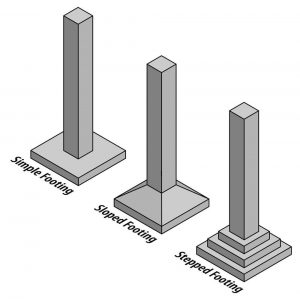 Walls have their elevation dimensions leading their thicknesses and are therefore plate elements. They are usually made up of brick masonry, however, they can be composed of concrete, timber, or some earth material. Walls may be load-bearing or non-load-bearing.

The latter ones usually have only a nominal thickness, and the thickness of the former ones is a function of the magnitude of the applied loading. 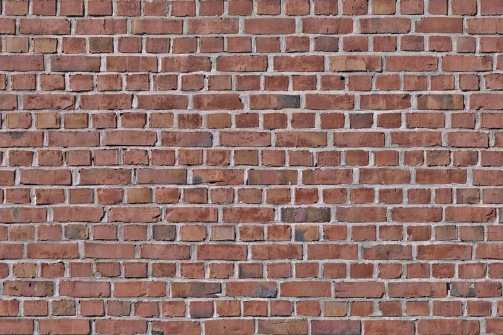 Shell elements are 3D structural elements having all three dimensions equally important in magnitude. Domes and arches are the most common examples.

These are curved structures that are hemispherical in geometry. The force analysis of such structures is very complex and requires tedious mathematical computations. 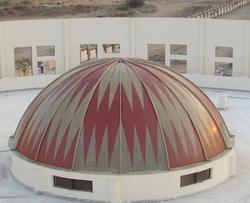 An arch is a structural member that has a curved longitudinal axis restrained at the end supports and carries transverse loading such as that of a beam. They can be circular, parabolic, or segmental based on the geometry. The camber provides additional strength to the member in bearing the applied loads. Arches can be made out of concrete, steel, brick masonry, wood, or stones. 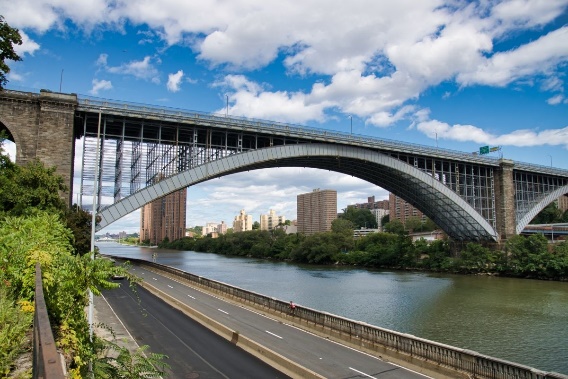 A frame is a structure composed of several members that are either fixed–or pin–connected at their ends. It…

In engineering, the term ‘structure’ refers to an assembly of interconnected components, functioning as a unit to support…