Primarily, concrete is a heterogeneous mixture of cement, aggregates, and water. However, the environmental and climatic conditions at times take the lead and govern the strength and durability of concrete. In every case, it is to be made sure that the concrete mix in fresh and hardened state never succumbs to any external factor that tends to degrade it over time.

Therefore, it is imperative to recalibrate the design approach and modify the properties as well as the performance of concrete in such dictating situations, which if not catered to in time may wreak havoc on the concrete, and ultimately the constructed structure.

To serve this cause in a pragmatic way, a few chemicals may be added to the concrete mix that render the hardened concrete inexorable to climatic fluctuations and environmental variables. These chemicals that are added to enhance the properties of concrete to suit its usage are termed admixtures.

Admixtures can be available in liquid or powdered form and are added to the wet concrete or mortar. The purpose of adding a particular admixture directly hinges on the target it is to serve. The properties that are generally required to be modified include the workability, setting time, rate of hydration, strength, air entrainment, and permeability.

Each admixture hits a particular goal in terms of altering the performance of concrete. However, the available admixtures generally serve any one or more of the following functions:

Concrete admixtures entail variety in serving a certain cause. Based on the function of a particular admixture, they can be classified as follows;

These admixtures increase the rate of strength gain of concrete by speeding up the hydration process, hence the term accelerators. This ultimately shortens the setting time of concrete and provides early strength gain to it. In areas where the temperature is quite low (below 0°C), the concreting operation might be arduous in terms of in-time hardening and strength gaining of concrete.

This is because while the placing of concrete is being carried out, the negative temperature might propel the freezing process prior to its strength gaining. Therefore, accelerators can be used to hasten the rate of strength gain to ease cold-weather concreting.

Calcium chloride (CaCl2) and sodium chloride (NaCl) are the most commonly used accelerating admixtures. They are added as some percentage of cement weight. They enhance the concrete’s ability to resist frost action while gaining strength quite early.

It is to be kept in mind the quantity of admixture to be added in concrete should be proportioned well. Any scant increase or decrease in the quantity is likely to have a counter effect on the properties of concrete. 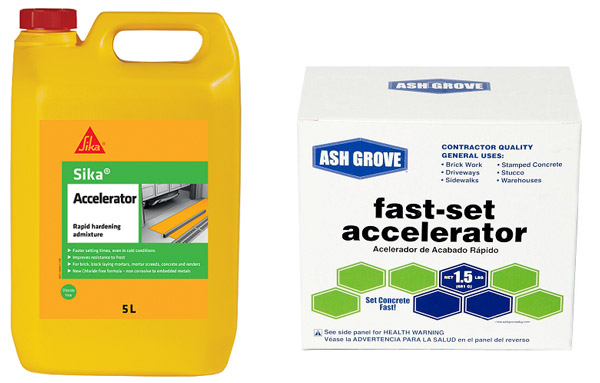 These types of admixtures are beneficial when the surrounding temperature is very high or when the concrete is to be transported to a long distance. In the former case, the possibility of early setting of concrete due to the temperature surge may develop thermal cracks in the concrete, whereas, in the latter one, early setting of concrete inside the mixer leaves us with no option except to break open it.

Nevertheless, the consequences can be far-reaching in terms of fiscal deficit pertinent to material wastage. In such situations, timely measures are to be taken, one of which can be using a set-retarder admixture, that not only resists thermal cracking, but also improves the flowability of concrete since the hydration rate is slowed down.

Calcium sulphate (CaSO4), sugar, starch, etc., can be used as retarders. They not only detain the setting time of concrete but also affirm a better bond between two successive placing operations carried out on site. 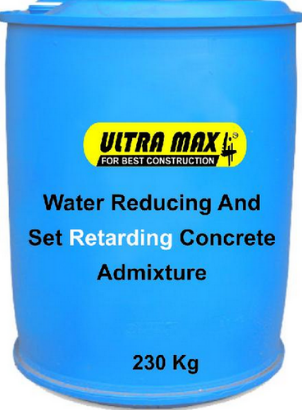 As the name indicates, plasticizers make concrete plastic and work to improve its workability by reducing the amount of water. These admixtures act as surfactants (surface active). When added to concrete, they charge the cement particles negatively, and the inter-particle repulsion keeps the fine cement particles dispersed.

The ionic repulsion propels the creation of flocs or clumps once water is added and the attraction process gets stimulated. The negative ions trap a considerable amount of water and therefore, the available water for workability decreases.

The addition of plasticizers helps the release of entrapped water by scattering the individual flocs of fine cement. As a repercussion, the flowability of the mix is greatly enhanced.

The figure below explains the disperse mechanism of cement particles before and after the addition of a plasticizer. 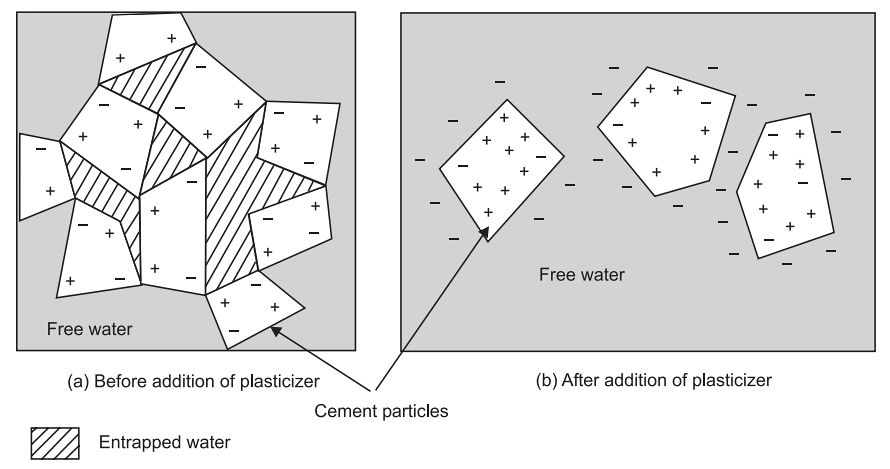 Hydroxy carboxylic and carboxylic acids and their salts, lignosulphonates, etc. are some plasticizers used in concrete. 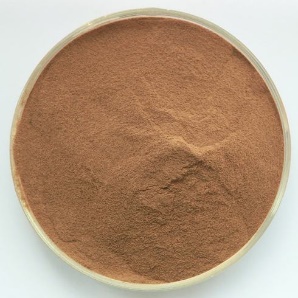 These admixtures are a step ahead of plasticizers and are used for attaining a very high workability of concrete. These are hydrodynamic lubricants that reduce the inter-grain friction by interacting with the cement particles physically and chemically. They work in the same way as plasticizers.

It is important to note that once the super-plasticizers are added in the concrete, it must not be whipped up heavily. Doing so will prove counter-productive for the concrete, resulting in the loss of workability of mix. The addition of superplasticizers also increases the resistance of concrete to shrinkage, supplementing its strength.

Air-entrainment refers to the encapsulation of air in the concrete deliberately. This helps in reducing the concrete cracking when freeze-thaw cycles tend to expand the concrete. 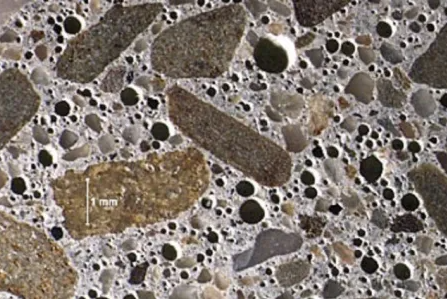 The addition of an air-entraining admixture prevents freeze-thaw cracks by allowing the concrete to expand. It is mostly used in cold-weather regions where freezing and thawing are a peril for concrete.

Albeit the strength of this concrete is less than the normal concrete, the air-entrainment property gives it an upper hand on withstanding hundreds of freeze-thaw cycles unlike the normal concrete that can only bear a very few of them. Hence, these admixtures increase the resistance of concrete to weathering. 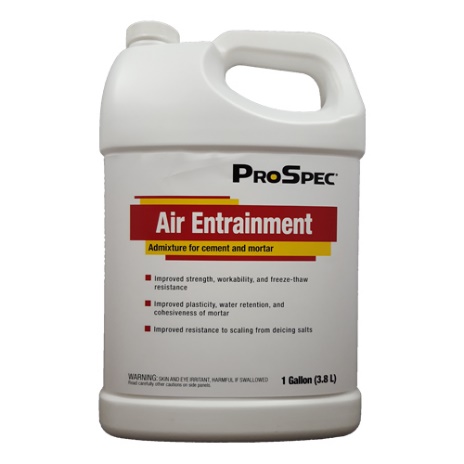 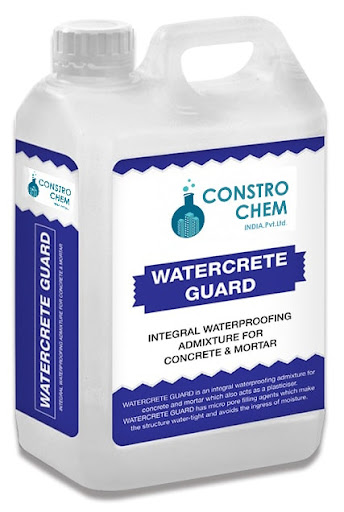 Some special agents or chemicals can be added in concrete to modify its properties e.g., corrosion inhibiting admixture, grouting admixture, coloring admixture etc. The details of a few of them are given below;

Some admixtures are available commercially and are given in the following table; 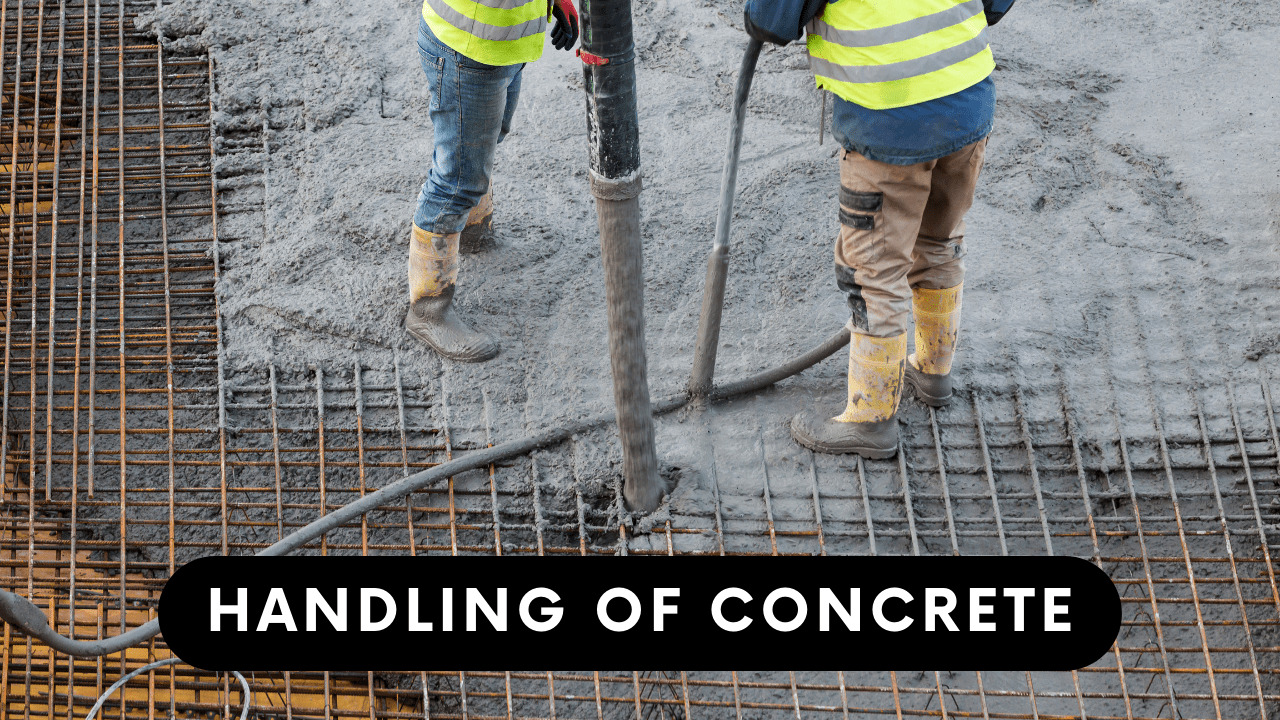 In concrete construction works, well-selected materials and proper mix design procedures can affirm the strength and performance of… 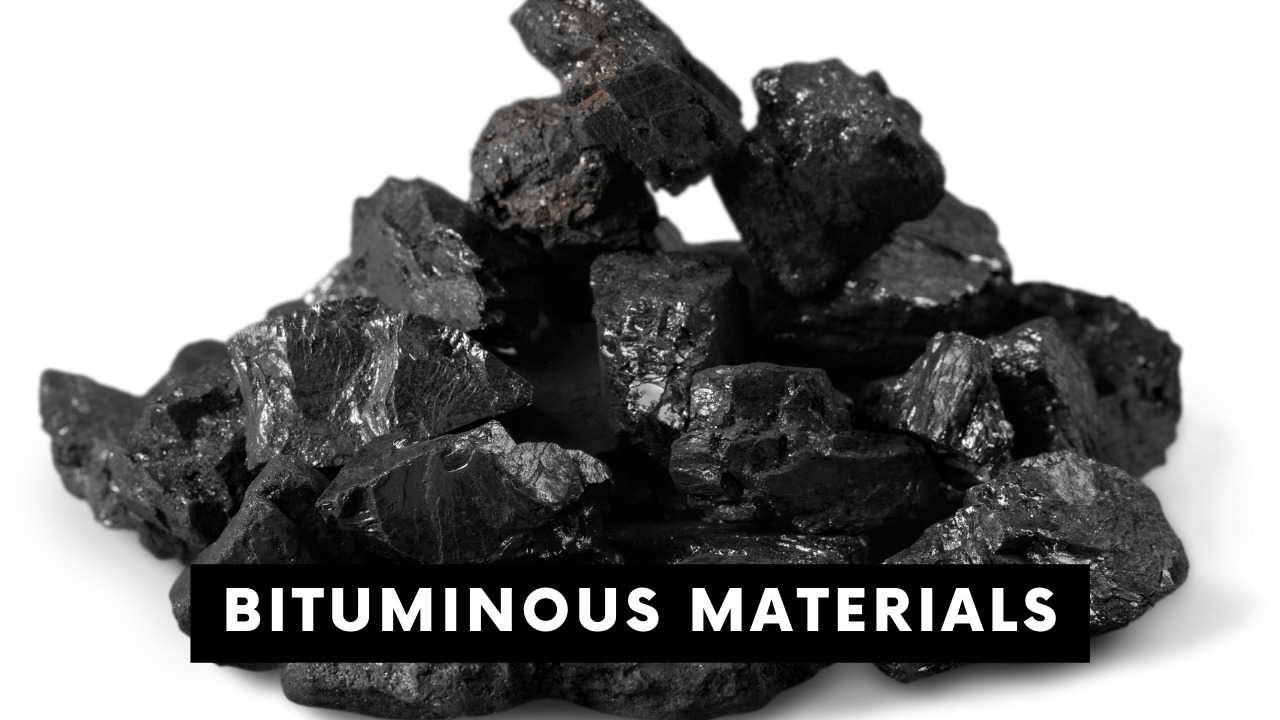 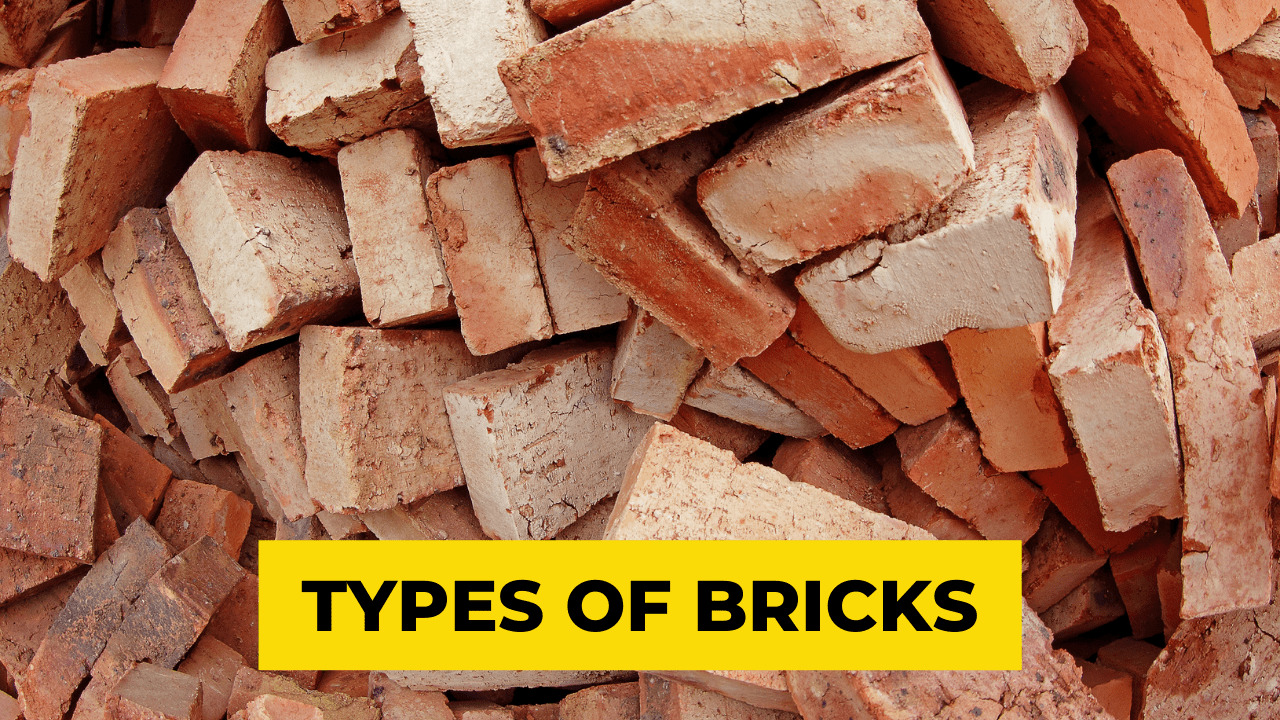 Clay products, such as bricks are known and used as structural materials for a quite a time. However,…