In engineering, the term ‘structure’ refers to an assembly of interconnected components, functioning as a unit to support the applied loading. The type of structure constructed depends on a number of factors governed by serviceability, safety, economy, purpose, site and environmental constraints, applied loading, etc.

In addition, the structure’s response to the applied loading must also be anticipated through engineering knowledge and judgement. Structural forms can be either a truss, cables and arches, frames or surface structures.

A truss is a triangular arrangement of slender elements (posts, struts, rafters, etc.), connected end to end with each other. This geometric arrangement of elements results in concurrency of the centroidal axes of the members meeting at a joint.

Consequently, the possibility of bending and shear are theoretically repealed, and the applied axial force on panel points tends to either subject a member to tensile forces or compressive forces. Therefore, a truss member either expands axially due to tension or contracts so due to compression.

The primary advantage of using a truss structure is that it uses less material to support a certain load, particularly if the structure’s span is required to be large.

The classification of trusses can be made based on a number of factors given below;

1)Based on angle of inclination of truss roof

This category includes trusses broadly classified based on the angle the top roof is inclined at.

If the angle of inclination of the truss roof lies between , the truss is type-I, and is used as a roof truss in areas prone to snowfall. The significance of sloping roof is to help drain the accumulated snow on roof tops.

This includes relatively flat trusses with the inclination angle less than . These may be used in hot climate or where the probability of snowfall is subsidiary.

2)Based on purpose the truss serves

In this category, the trusses are classified as;

A bridge truss is used in the construction of bridges and is the load-bearing superstructure of the bridge.

A roof truss is used to provide support to a roof and bears the load of whatever is placed on the roof. 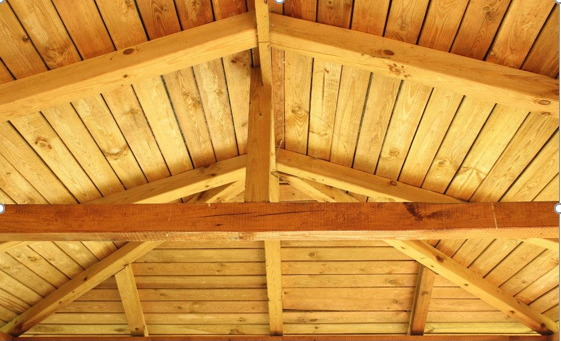 3)Based on arrangement of members

The most diverse classification of trusses can be done based on the variation in triangular geometry of assembled members.

This type of truss has the bottom chord members cambered (i.e., arranged in such a way that a curve is created) and help in providing greater resistance to applied loading. In addition, the word fink or fan is indicative of the fact that the inclination angle of rafter is less than .

A howe truss is bridge truss that has axial compressive forces in the diagonal members and axial tensile forces in the vertical members. It is commonly used as a bridge truss. The geometry this truss possesses makes its use advantageous for longer spans.

A warren truss or equilateral truss is a type-II bridge truss consisting of diagonal elements that are alternatively parallel and the triangles formed are either equilateral or isosceles. In addition, the sense of forces is also reverse in two consecutive diagonals. This is the simplest truss type.

It is commonly used as a roof truss and is in the shape of a saw tooth as shown below:

This type of truss consists of top chord members that arch in such a way that a bow or parabolic shape is formed. It is also called as the arched rib truss.

It is the most common type of roof truss. The member present of each side of the vertical axis of symmetry are arranged in a web shape or W shape as shown below:

It is also a kind of fink truss used for roofs. It is usually made of steel.

It is a roof truss in which the part of truss to the left and right of the crown meet at point and form a hinge as shown below: 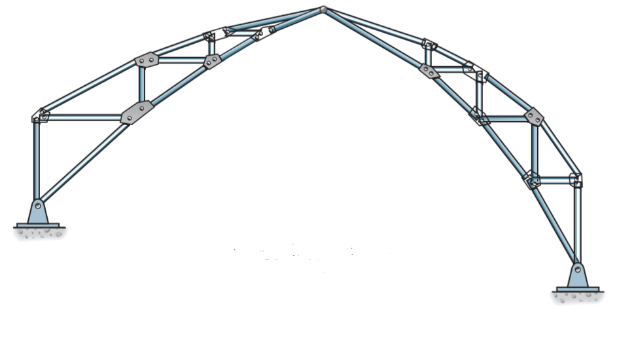 A king post is a roof truss consisting of a central, vertical post called the king post that connects the base of the truss and its summit. It is used for relatively smaller spans. 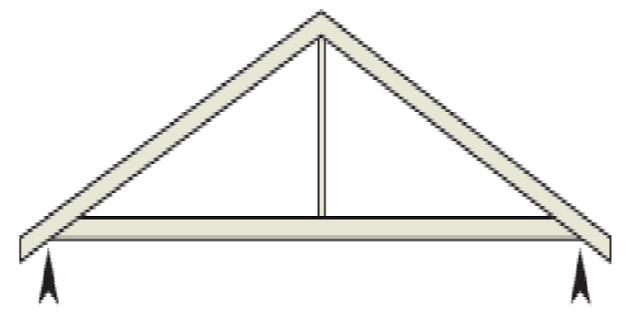 This roof truss is used for relatively longer spans. It consists of a horizontal tie post called straining beam that connects the two vertical tie posts called queen posts that are tension members as shown in the figure below.

4)Based on material of Connecting Members

The members that form a truss configuration can be made up of either steel, timber, aluminum etc. The choice of material to be used depends upon factors such as the bridge span and the applied loading. Roof trusses are used made out of timber. However, modern bridge trusses are made up of steel, providing long-term durability to the structure. 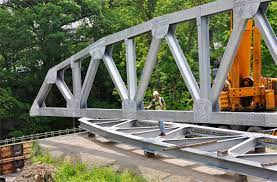 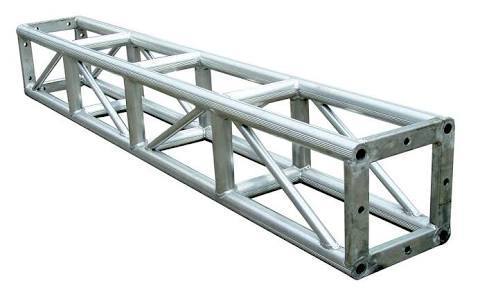 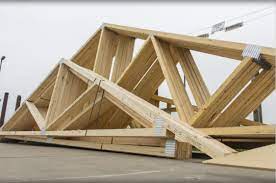 A frame is a structure composed of several members that are either fixed–or pin–connected at their ends. It…

Classification of Coplanar Trusses its Indeterminacy and Stability