The Marshall stability test is a part of the mix design procedure for bituminous pavements. Following are the objectives of performing the stability test:

Stability and flow tests are performed on cylindrical specimens after they have been immersed in a water bath at a temperature of 60°C for a period of 30 to 40 minutes. This is to bring the samples to the required temperature prior to loading them in the Marshall testing machine.

It is the maximum load that a sample can endure in compression till its failure. The value of stability is mathematically calculated once the proving ring reading is recorded corresponding to the point of failure of the specimen.

The multiplication factor of 119.66 is obtained as follows;

If we convert the above factor in SI units of force, we get,

It is the total deformation (expressed in mm) that a sample shows till the point of failure. It is generally expressed in units of 0.25mm. The flow value is obtained by multiplying the flow gauge reading with the gauge’s least count.

The figure below shows the test setup in which the compacted test specimen is placed between the split loading metal rings. A base plate is present beneath the lower ring. In order to load the sample in compression, the base plate moves up at a specific, predetermined loading rate.

The applied load can be traced from the proving ring and the commensurate deformation can be recorded from the flow gauge present adjunct to the test assembly. The stability and flow values are therein calculated mathematically and the results are plotted. 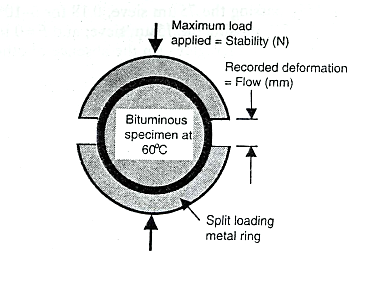 It is probable that during the casting of test specimens, the sample/s either falls short of the requisite dimensions (diameter or height) or in excess of the same. In that case, a correction factor is to be applied to the stability value calculated. The table to be referred to in this case is given below: 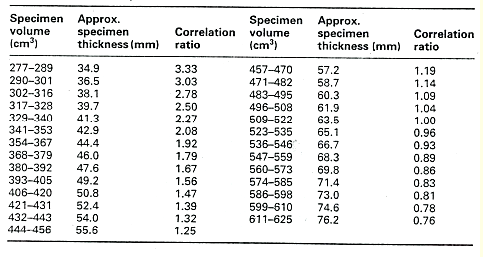 In case the exact value of volume or thickness is not present in the table above, the correction ratio can be interpolated linearly. 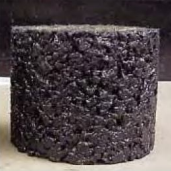 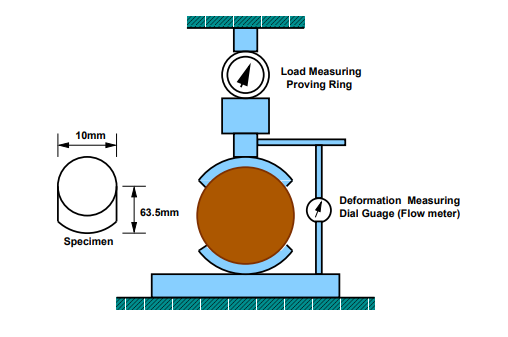 The stability and flow values are to be checked against the Marshall mix design specifications given in the following table. 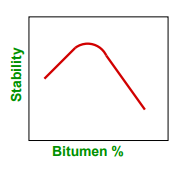 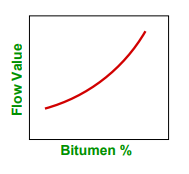 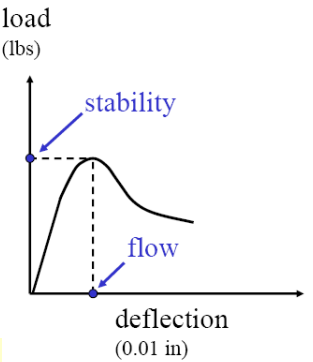 Selecting the required proportions of aggregates (fine and coarse), fillers, and bitumen for the design of pavement is an essential step. The aggregates must be carefully examined for their compliance with the standard specifications and the proportions selected should serve the cause aptly. It is to be kept in mind that the traffic density (high, medium, or low) also impacts the mix design process.

A mix with a very high value of stability but a low flow value is never desirable. This is because a pavement constructed with such an approach is likely to develop unsightly cracks once heavy vehicular loads assail its strength. Therefore, the optimum proportions are ought to be determined for the pavement design.

Introduction: The application of load on the aggregates such as pavements result into the disintegration of the particles… Introduction: Bitumen is defined as a binding material used in the pavement to bind the aggregates together and…