Following are the objectives of performing sieve analysis on coarse and fine aggregates:

The aggregate particles that retain on sieve #4 are termed as coarse aggregates. These may include gravels, crushed stones, etc. 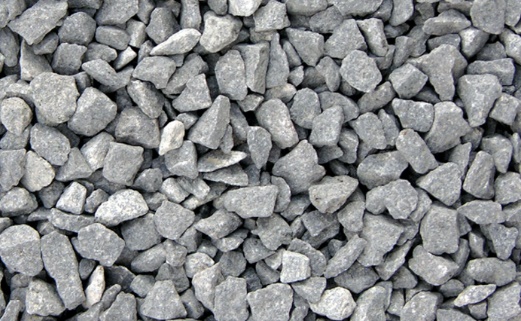 They are the aggregate particles that pass sieve #4 but retain on sieve #200. Fine aggregates include a wide range of particle sizes. Specifically talking about sands, the grain-size distribution further classifies sand into coarse sand, medium sand, and fine sand. 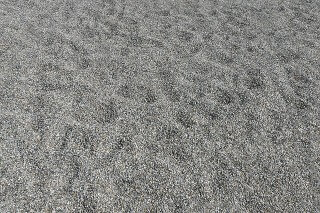 It is an empirical number mathematically equal to the ratio of cumulative percentage retained on standard sieve #150 and 100. It is an index value that gives an idea of the coarseness or fineness of an aggregate sample in general. Mathematically,

Sieve analysis or mechanical straining is the process of determining the relative proportion of various particle sizes in an aggregate sample by passing the sample through a stack of standard sieves arranged in descending order of their opening sizes.

It is to be kept in mind that gradation curves for coarse and fine aggregates are plotted separately and the samples are qualified or fall short of acceptability based on the standard’s criteria of gradation.

Aggregates when used for construction activities are supposed to meet some gradation requirements imposed by the standard. Therefore, the performance of sieve analysis helps in qualifying an aggregate sample as fit for use.

For fine aggregates like sands, the uniformity coefficient can be determined from the gradation curve. It is mathematically given as,

Where D60 and D10 are the particle diameters corresponding to 60% finer and 10% finer, respectively.

It is also determined by citing the gradation curve. It is expressed mathematically as, 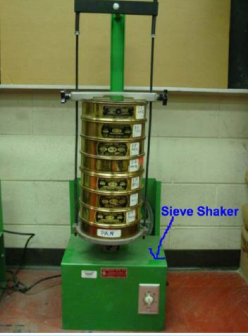 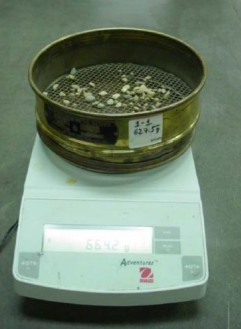 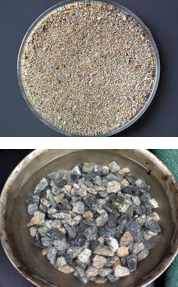 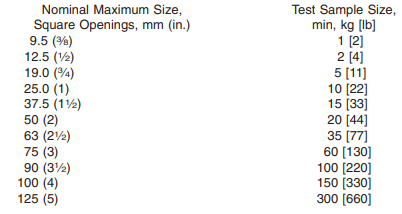 Plot the gradation curve taking the size of particles on the x-axis and cumulative percentage passing on the logarithmic y-axis.

Plot the limiting gradation curves to qualify the sample as per the standard.

Plot the gradation curve taking the size of particles on the x-axis and cumulative percentage passing on the logarithmic y-axis.

Plot the limiting gradation curves to qualify the sample as per the standard.

Note: For a sand sample, the sieve analysis data can further aid in categorizing the sand sample.

Aggregates qualified as per standard are used in manufacturing concrete for construction operations. This is because the overall concrete strength and durability hinge on the gradation of aggregates used. A well-graded aggregate sample that conforms to the standard not only guarantees the longevity of concrete but also its reduced porosity and high early strength.

A flatter gradation curve that is smooth and concave in shape is indicative of a well-graded sample. A sharp decline in the slope of the curve shows poor gradation i.e., it signifies the fact that the sample is either short of some grain sizes or is deficient in the same.

Determination of the normal consistency of hydraulic cement

Standard Used ASTM C-187 Objective The performance of this test aims at the following objectives: To precisely determine… Introduction: This test is used to determine the deflection produce in the slab made up of concrete due…