How Does Spy Camera Work?

A spy camera may look small in size, but it works like a traditional security camera. You may feel wondering how this small camera works so precisely. Well, though the spy camera looks tiny, Its size doesn’t limit its work.

No matter whether a spy camera is wired or wireless, both work to record in front of things in certain situations. Typically, this camera detects the image through the lens and transmits it to a specific frequency radio signal. The receiver device picks the frequency and turns the signal into the video that can be displayed on the receiver screen.

However, if you are interested in knowing how a spy camera works and the advantages of using this camera with proper explanation, read the entire context with full intent.

What Does a Spy Camera Mean?

A spy camera is a device capable of capturing video with audio of a location without the subject’s knowledge. These types of cameras are sometimes used for commercial purposes, mainly used for surveillance activities. Spy cameras are also known as nanny cams or nanny cameras because of the common use of monitoring childcarers.

Through this camera, anyone can record video and save the recorded video on the camera’s memory card. The duration of recording videos of a spy camera mainly depends on its battery.

Normally, most spy cameras have a recording time of 1 to 5 hours. To increase the duration, you have to purchase the Longest Battery Life Spy Camera that can record videos maximum of 18 hours continuously

Why Are Spy Cameras Used?

Spy cameras are mainly used for video recording without knowledge of the subject. Personal inspectors and law enforcement officers usually use spy cameras. This camera is also popular with people who wish to monitor their home or want evidence of the unfaithful. Unlike other types of cameras, most spy cameras are thin and portable, so you can easily use them anywhere. On/off switch, battery, and memory card are the common parts of a spy camera.

How Do Hidden Cameras Work

Hidden camera technology can be very confusing, and it can seem so irresistible that you may don’t even try to figure out how it works. Here we are going to make it much easier to understand how a hidden camera works.

A hidden camera uses wireless transmission systems to transmit a video, making them easy to hide and convenient to use. Although most cameras don’t require any cable, some camera models come with a power source cable.

The hidden camera captures videos with the help of light coming through the lens. Light detectors simply measure red, green, and blue and then combine them to display a complete video. Some cameras come with a motion detector that can track any movement in the area.

All hidden wireless cameras are integrated with a radio transmission that converts recorded videos to radio signals at a specific frequency. That signal can only be transmitted to a receiver. The receiver device then picks up the signal and converts it into video footage.

The receiver has multiple functions, depending on the purpose. If wireless hidden camera surveillance needs to be continuously monitored, the video can be displayed on the screen in real-time. Besides, the video can be saved to a specific storage media or memory card that is integrated into the camera.

Advantages of Using a Spy Camera

Spy camera is an outstanding device for providing security and rest of mind. Below we have described some of the major advantages of spy cameras.

Thieves are always trying to come up with creative plans to protect themselves from being caught on security cameras, so it’s essential to check them by installing different spy cameras. Besides, if someone is able to steal, you can gather enough evidence against the thief.

This is a great advantage of using a spy camera that enables you to observe what is happening in your absence. A spy camera is essential for surveillance of public spaces around your property, especially if you live in a backdated area.

Spy cameras come with various price ranges according to how much money you are willing to spend on each unit. You will find large collections of brands and cheap models that are still of great quality.

Using videos recorded by spy cameras, you can easily make the right and fair decision when you encounter any disputes. Whether the situation involves disagreements between your family, employees, or service workers, your suspicions can be resolved through spy cameras.

Spy camera is one of the best devices for the workplace that enables you to keep a good record. To maintain good records in your company you require to store some necessary information about your customers and clients. These records will assist you in controlling any situation.

What Does a Hidden Camera Lens Do?

The lens of the hidden camera is a complex system that is enclosed in a frame. It collects light energy onto a light sensor to form an optical image. The lens is mainly used for the parameter of focal length that is measured in millimeters. This parameter determines the image’s scale and viewing angle. When the focal length is shorter, you will view the larger field. For example, if the lens is 2.8mm you can watch videos at an angle of 100º. On the other hand, the higher the focus of the hidden camera, the smaller the angle of view.

How Does the Night Vision Feature Work on the Spy Camera 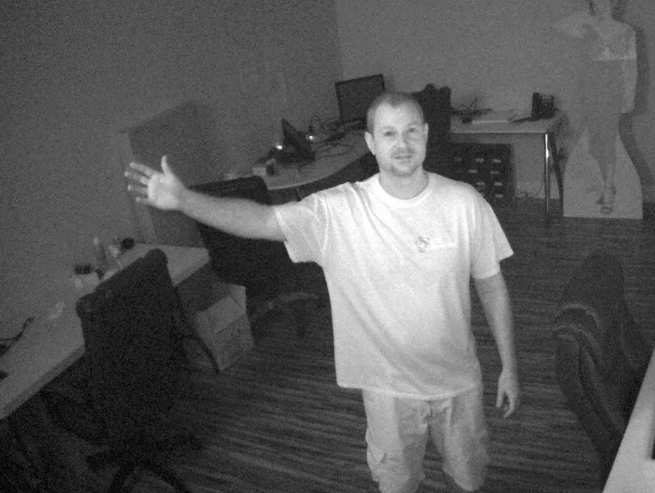 The low-light mode uses an image intensifier that maximizes the dim light source. This mode is suitable for recording video with limited light sources that helps to identify any person easily.

The most hidden camera has a thermal imaging feature that uses temperature instead of light to produce images. This technology produces a black part of an image when the object is cold, whereas the hot object forms the white part.

How Are Spy Cameras Built?

In general, most spy cameras are integrated with commonly used objects in our daily lives. These are televisions, mobile phones, toys, ink pens, alarm clocks, etc. This type of camera is mainly used for home surveillance but can also be used for industrial espionage. For example, you can use a hidden camera to look inside your home when no one has entered to verify that you are not nearby. For this, spy cameras are made of commonly used objects that easily adapt to the home environment. That way, no one would realize that you had a camera in your house.

Through this article, you might have understood how spy cameras work. Typically, spy cameras capture video like any other video camera and turn the video into a radio signal at a specific frequency. After that, the radio transmitter has broadcast the signal to a receiver. Receiver devices then pick up the signal and convert it back into video. Smartphones, PC, or tablets can be used as receivers. Real-time video footage of the hidden camera can be displayed on the receiver, and video can be recorded on the camera’s memory card. Besides, some spy cameras offer cloud facilities that enable users to access the video at remote locations.

Also read: What Size of Generator Do I Need for Bowfishing?

Depending on the scale of your home renovation plans, these projects usually take time to finish. There are…

What Are the Different Types of Kitchen Layouts That Exist Today?

According to the USDA, the average person spends at least 37 minutes a day in their kitchen. But…

Current Trends in the Construction Sector