How To Raise Driveway

A concrete driveway typically starts to sink because there isn’t enough support underneath it. The foam may fix both problems, whether the concrete was accidently damaged or the earth beneath it became moist.

It will raise the concrete floor slab and level it out in less than an hour. The cost savings of using polyurethane foam to raise concrete over replacement is significant. Although costs for individual jobs vary, it is generally true that elevating and leveling concrete is less expensive than replacement.

There is no need to build new concrete and go through the costly and time-consuming process of tearing up the old slab. Leveling a driveway using foam injections often takes a few hours, after which the driveway is usable.

What Are The Reasons For Uneven Driveways?

Concrete driveways became uneven for several causes, including inadequately compacted soil before the driveway was laid. Vacancies resulted because of the driveway’s poor drainage. The scenario can get worse if there’s an issue with too much groundwater.

Expansive dirt beneath the driveway. Huge clay soil expands significantly when it absorbs water and contracts when it dries out. This can result in a driveway that isn’t level over time. A dime-sized hole is drilled into the slab as part of the minimally invasive driveway leveling operation, and polyurethane foam is then injected beneath the driveway through the hole.

The earth is quickly compacted, the spaces are filled, and the slab is raised due to the foam’s rapid expansion. The restoration is essentially undetectable because the filled holes match the concrete’s color.

The process of fixing the driveway typically only takes a few hours, after which it may be used once more. Compared to digging up the driveway and repairing it, driveway leveling with polyurethane foam injection is quicker and less expensive.

Concrete slabs are raised using closed-cell polymer foam and polyurethane injection. This is significant because, unlike an open-cell foam, a closed-cell foam’s gas pockets are walled off from one another and don’t allow water to seep in. Through a hole, two-part polyurethane foam is injected.

The foam injection through and below the slab is made possible by a port that is mechanically fastened in the hole. The reaction between the two components does the actual lifting. Separately down a series of pipes, the two components of the foam mingle in the nozzle. They move liquidly through the port and slab.

One of their best traits is the ability to expand foams to expand in all directions while choosing the path of least resistance. The reaction happens around six seconds later. Weak soils are first affected by the reaction, which compacts, consolidates, and increases the density of the soil.

Unless the soil surrounding the foam continues to settle or wash out, the foam maintains its shape and volume for an infinite amount of time, virtually eliminating the possibility of new voids emerging below grade. If it touches concrete, it may discolor it, but the weather will take care of it over time.

It can make sense to repair your sunken slab if the concrete has significantly cracked or degraded. Although a freshly poured slab has appeal, the concrete’s color or texture will probably not be the same.

A fresh pour is typically the most expensive of your three options.

A frequent phrase for raising settled or sunken concrete is mud jacking. By injecting grout through the concrete and forcing it up from below, mud jacking can raise a settled concrete slab. Pressure grouting is another name for the procedure.

To optimize lift, holes are strategically bored through the submerged concrete slab during this operation. The holes are then filled with a “slurry” of dense, finely crushed limestone material and water.

The material initially fills any gaps left in the underside of the slab as a result of soil compaction or water erosion. Following injections will start the lifting process once the vacant space has been filled.

Things To Consider Before Hiring Professionals For Concrete Driveway Levelling

Be wary of contractors that are either ambiguous or unable to provide a clear description of the material they will be injected beneath the concrete. Ensure that only geotechnical polyurethane created specifically for lifting concrete is used.

Anyone attempting to market something else and claiming it to be the finest is dishonest or incompetent.

If the project requires more polyurethane than was anticipated, some concrete leveling businesses will charge more. This technique is acceptable as long as the business gives an accurate first estimate and the additional charges are reasonable.

Unfortunately, that isn’t always the case. Some businesses lure clients in with low estimations to charge exorbitant prices for required extra materials.

If you have the right equipment and enough time, utilizing polyurethane foam to level a concrete slab is quick and simple. Whether you use a pump or pour in your foam, you shouldn’t have any trouble doing the work in under a few hours if you follow the following methods.

The fractures and spaces surrounding the raised parts need to be filled with a high-quality sealer to stop your concrete from settling once more. Normal raising procedures normally do not entail crack and joint repair. Never assume it’s part of the job. It is most likely not included if it is not listed. 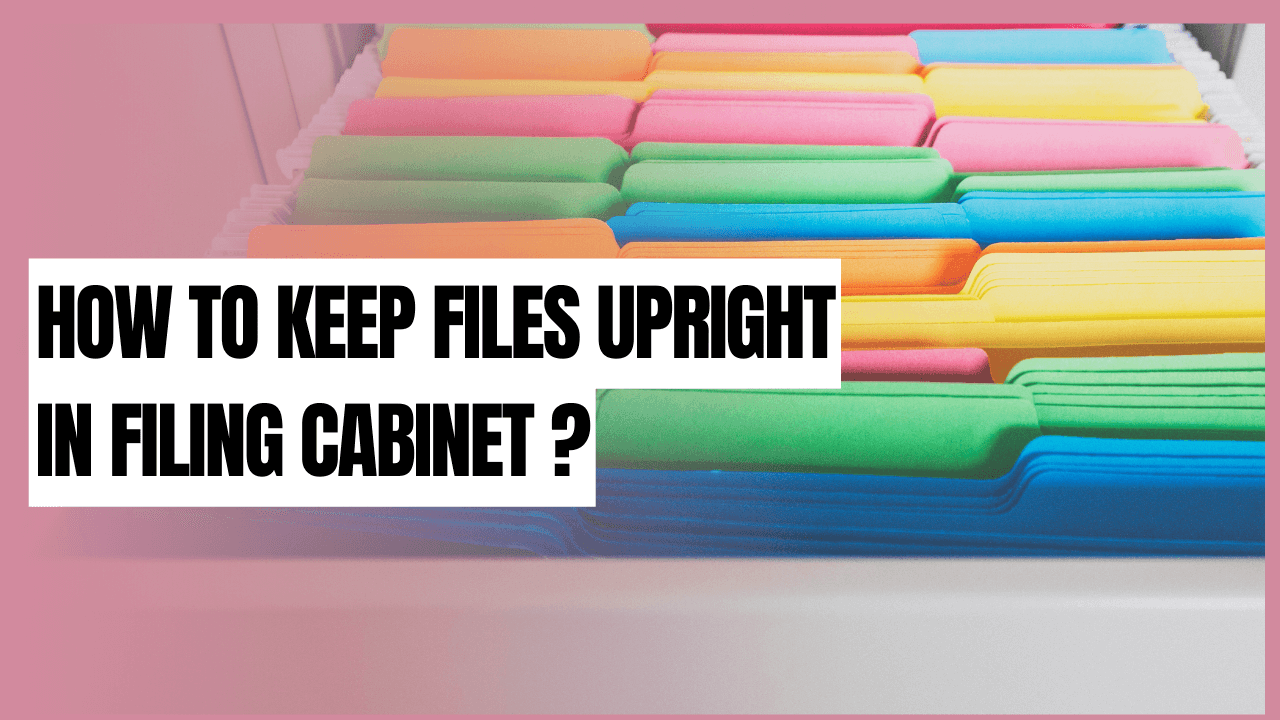 How To Keep Files Upright In Filing Cabinet?

In a traditional office or at home, files can quickly accumulate. Filing cabinets may be the answer to…

What Is Plaster Glass Ceiling?

When you’re building a house, one of the many considerations you’ll have to make is what to put… 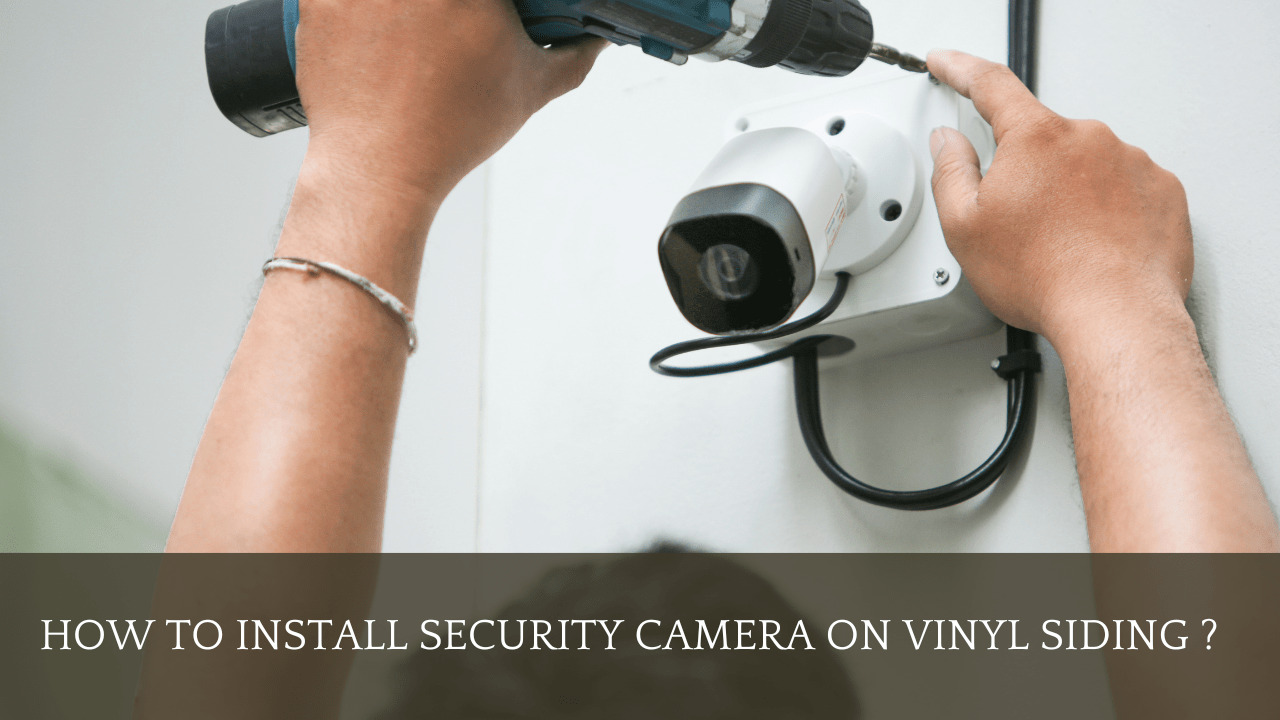 How To Install Security Camera On Vinyl Siding