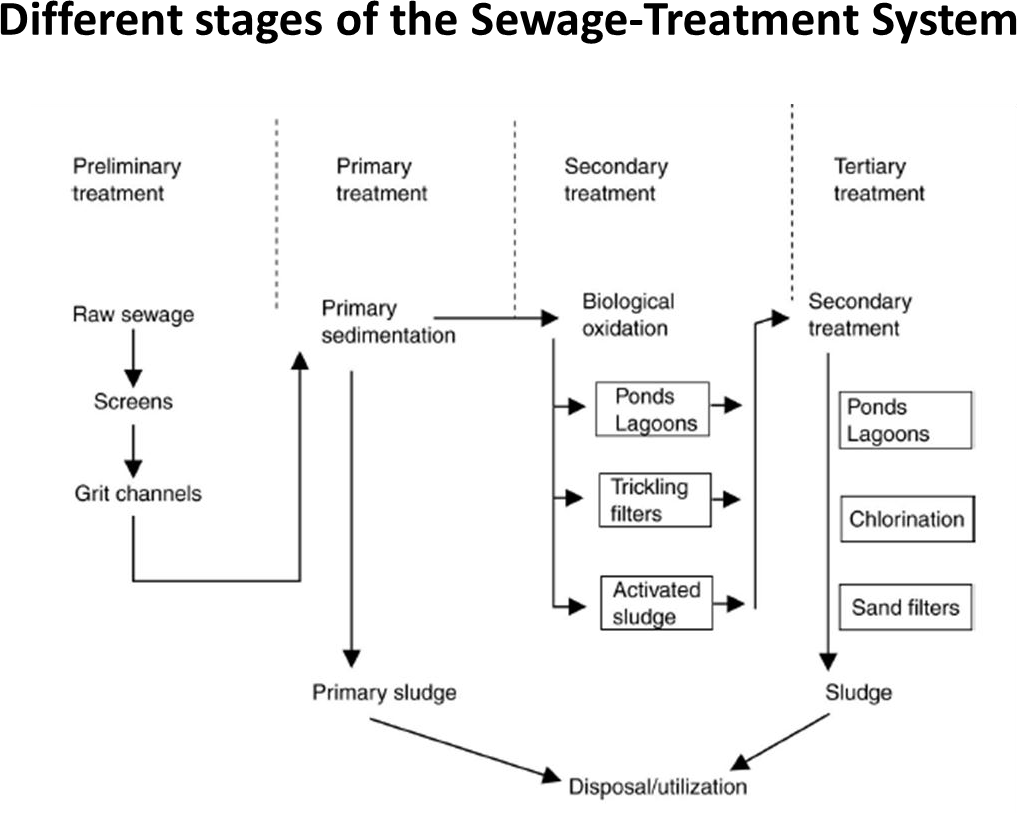 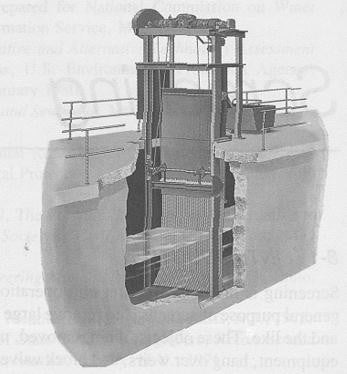 The first thing to happen to wastewater as it enters the plant is for it to pass through bar screens (or bar racks). These remove large object such as rags, paper, plastic, metal, etc. which may damage other equipment and are large enough to be caught in a series of screens.

There are three different types of screens that may be used, trash racks, manually cleaned racks, and mechanically cleaned racks. Two channels are provided to allow one to be taken out of service for cleaning and maintenance.

Grit is the term used for small, but dense material such as sand, dirt, or broken glass. If not removed separately grit can cause wear and damage to mechanical devices in a treatment plant. There are several methods to remove grit, though the most common is to send it through a channel where the speed of the water is such that the grit settles and can be removed, while the rest of the water can flow on to further treatment. Like the bar screen channels, there are always two of these channels, allowing for one to be cleaned or repaired while the other remains in use.

There are two common types of grit removal devices: velocity controlled and aerated. 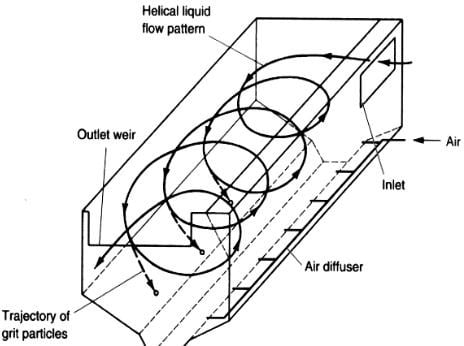 The objective of primary treatment is the removal of settleable organic and inorganic solids by sedimentation, and the removal of materials that will float (scum) by skimming. Approximately 25 to 50% of the incoming biochemical oxygen demand (BOD5), 50 to 70% of the total suspended solids (SS), and 65% of the oil and grease are removed during primary treatment. 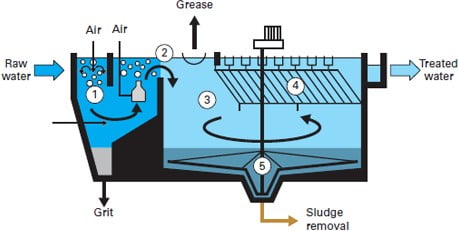 Settling properties of particles are often characterized into four types depending upon particle concentration and interaction: 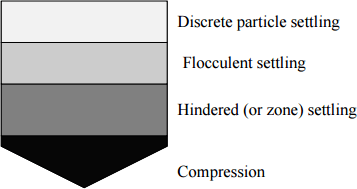 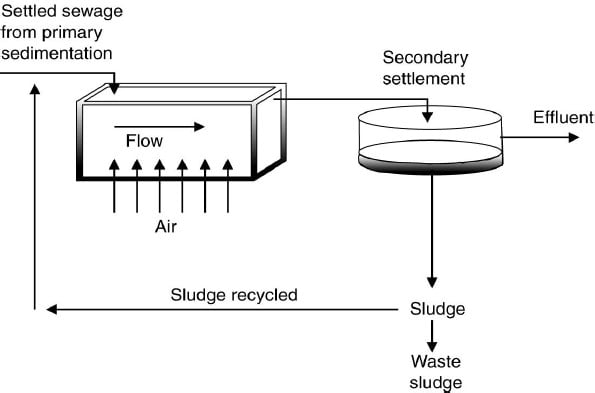 The activated-sludge process. The settled sewage is run into a long tank at the same time as recycled sludge is added. The mixture is passed down the tank where it is aerated. At the end of the tank the mixture is passed into a settlement tank where the microbial aggregates and any remaining solids settle out. Some of the sludge is recycled and the remainder collected for disposal.

Process in which a mixture of wastewater and microorganisms (biological sludge) is agitated and aerated. It leads to oxidation of dissolved organics. After oxidation, sludge is separated from wastewater.

To induce microbial growth, we need:

8 m3 of air provided per m3 of wastewater treated 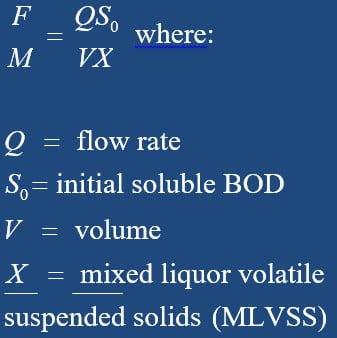 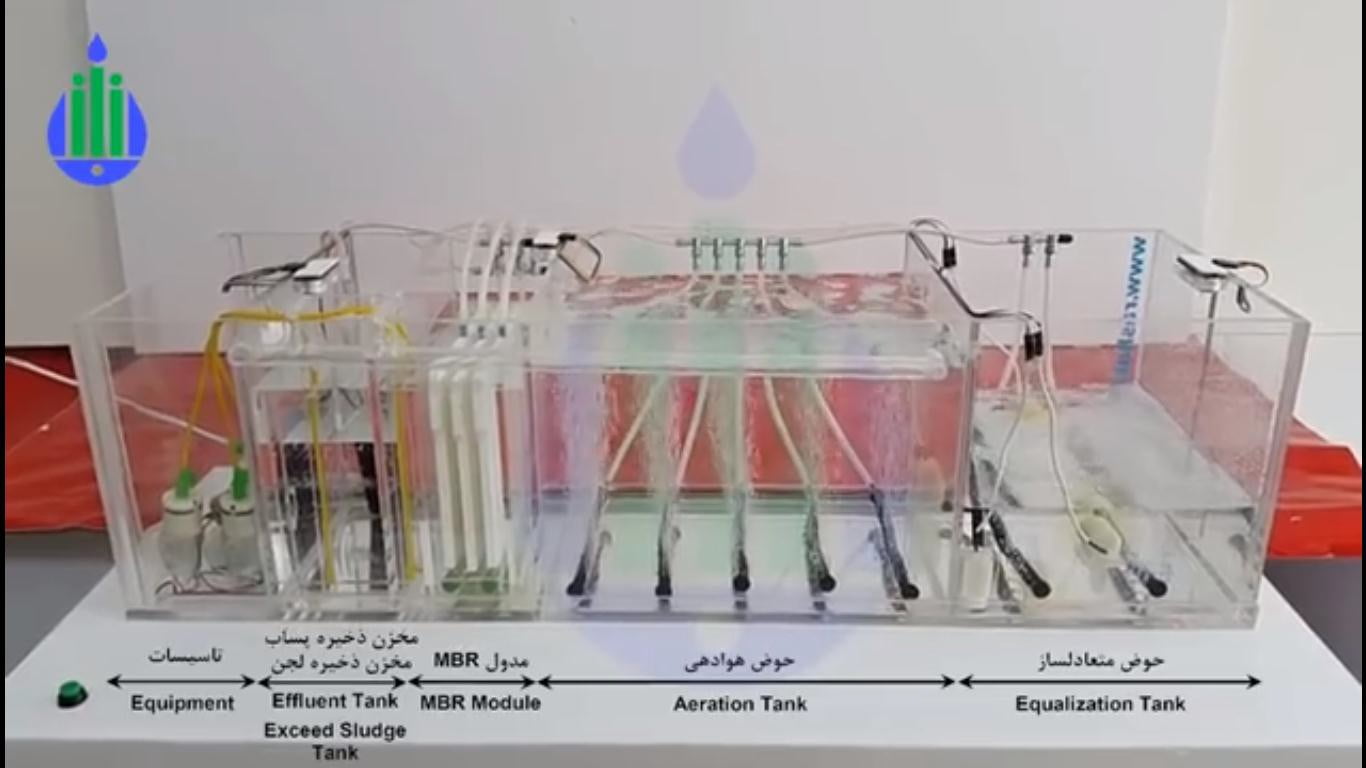 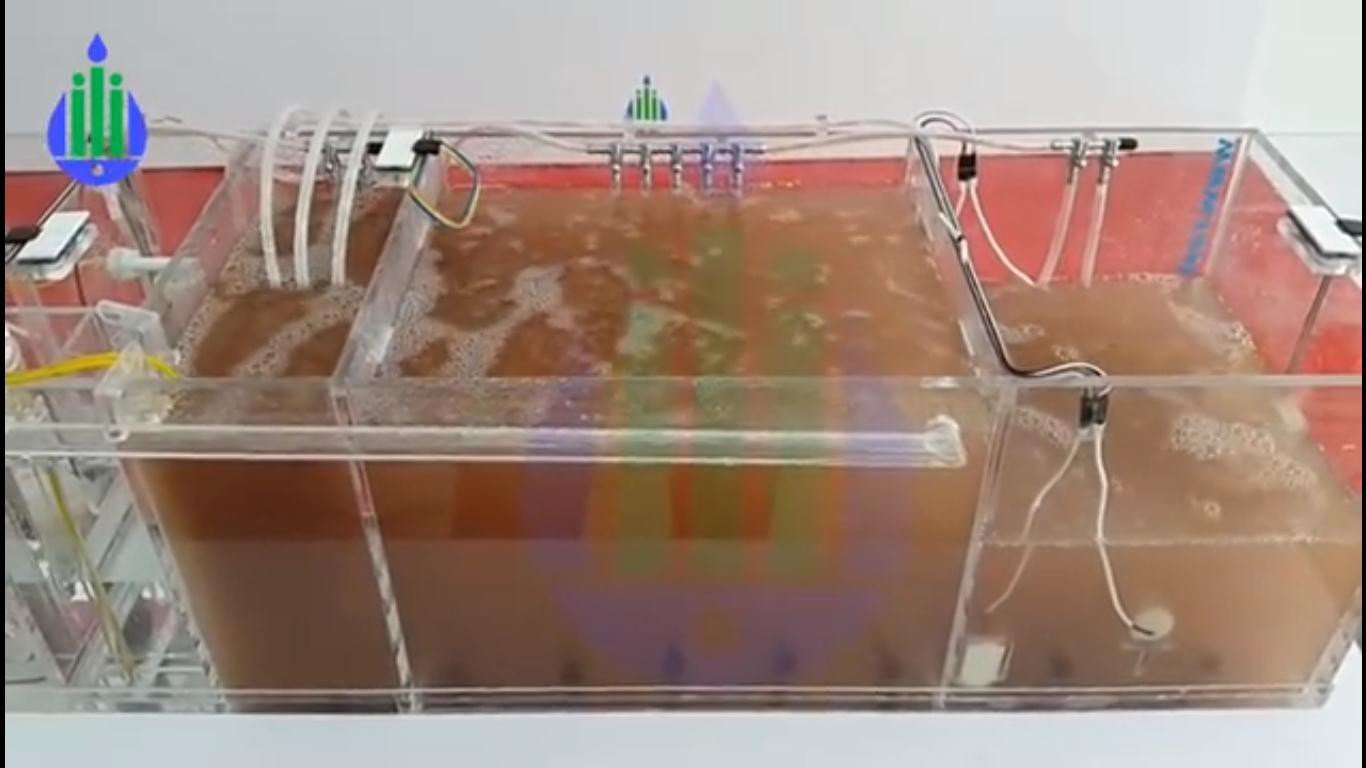 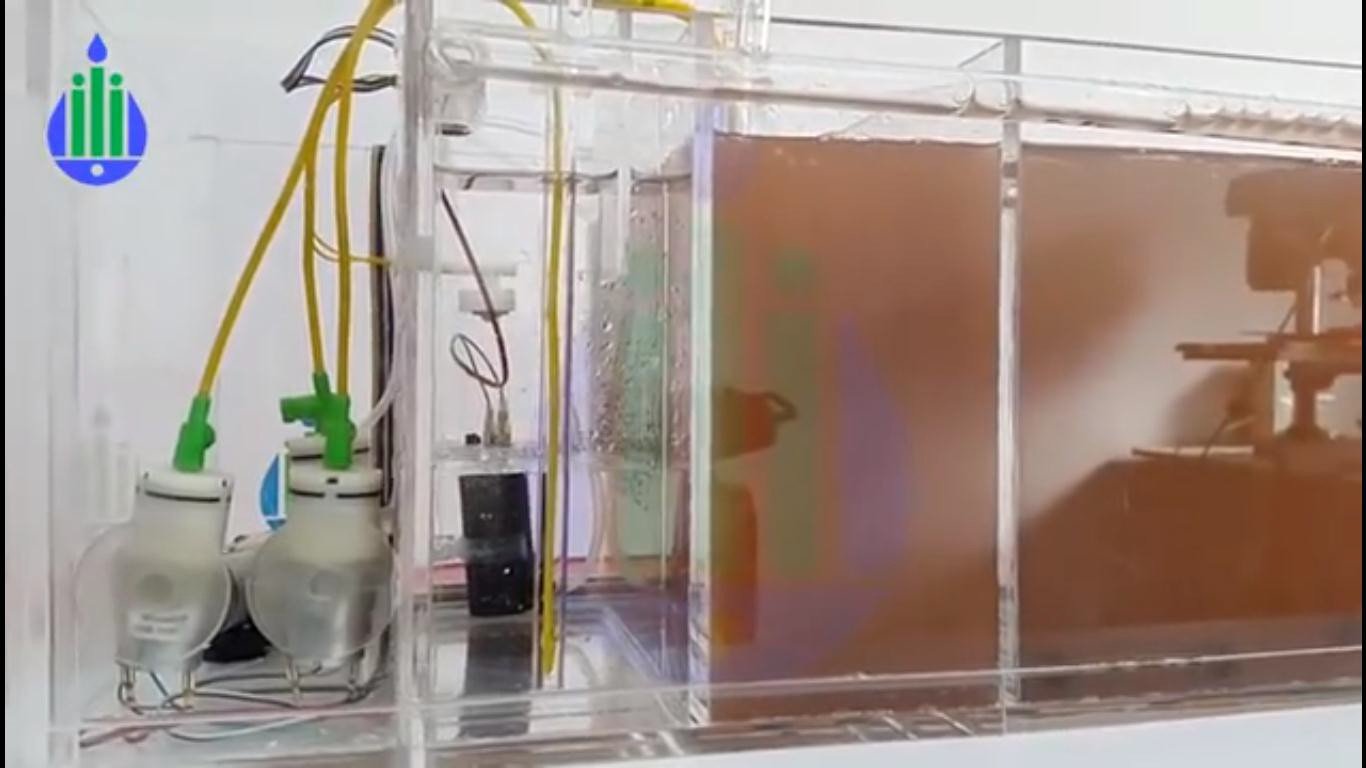 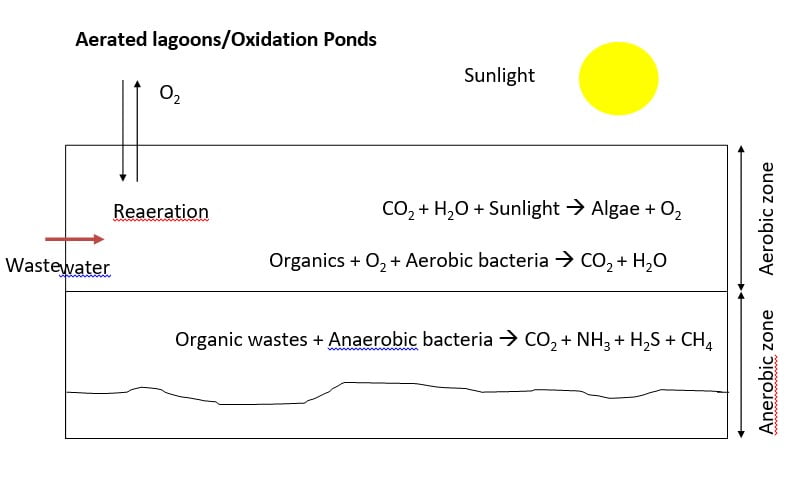 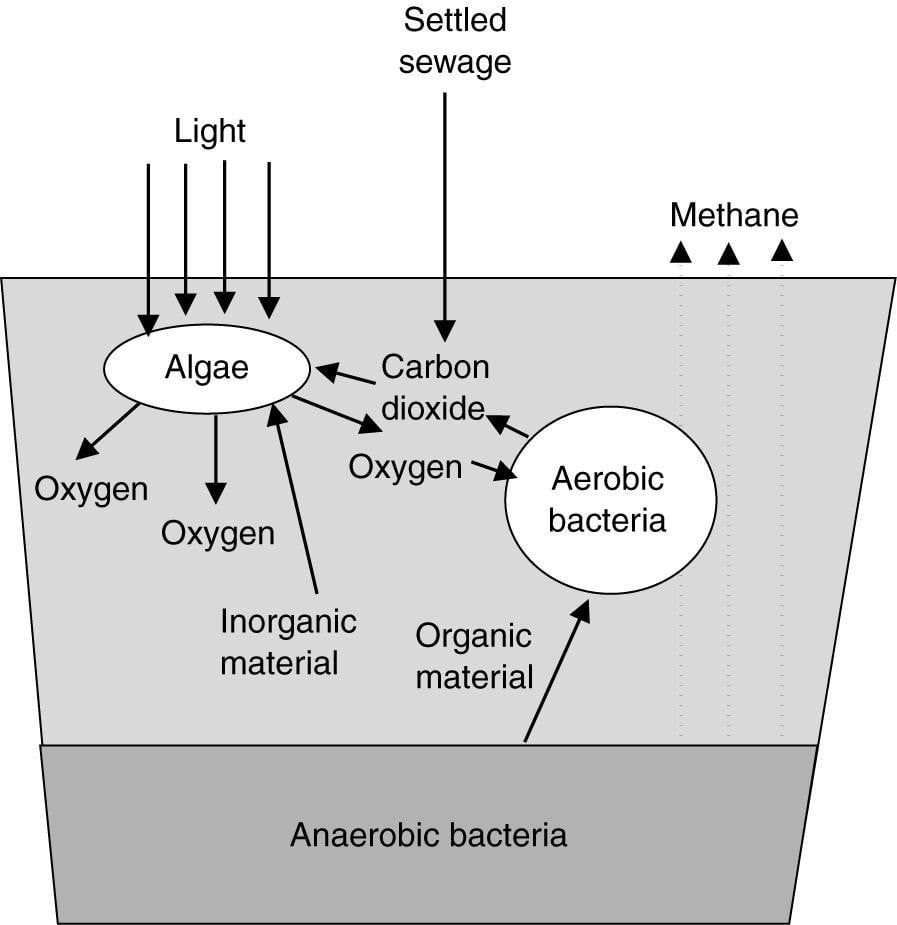 Organisms that can occur in a facultative pond. Anaerobic organisms are found in the lower regions. Additional oxygen is supplied by the algal population at or near the surface.

The design of a trickling filter. The circular vessel 1-3 m in depth is filled with stones, clinker or slag and settled sewage is run from the rotating arms on to the bed. The organic material in the sewage is metabolized by the microbial biofilm, which develops on the stones. The clean effluent is collected at the bottom of the filter. Circulation of air through the filter bed is encouraged by air vents at the base of the vessel. 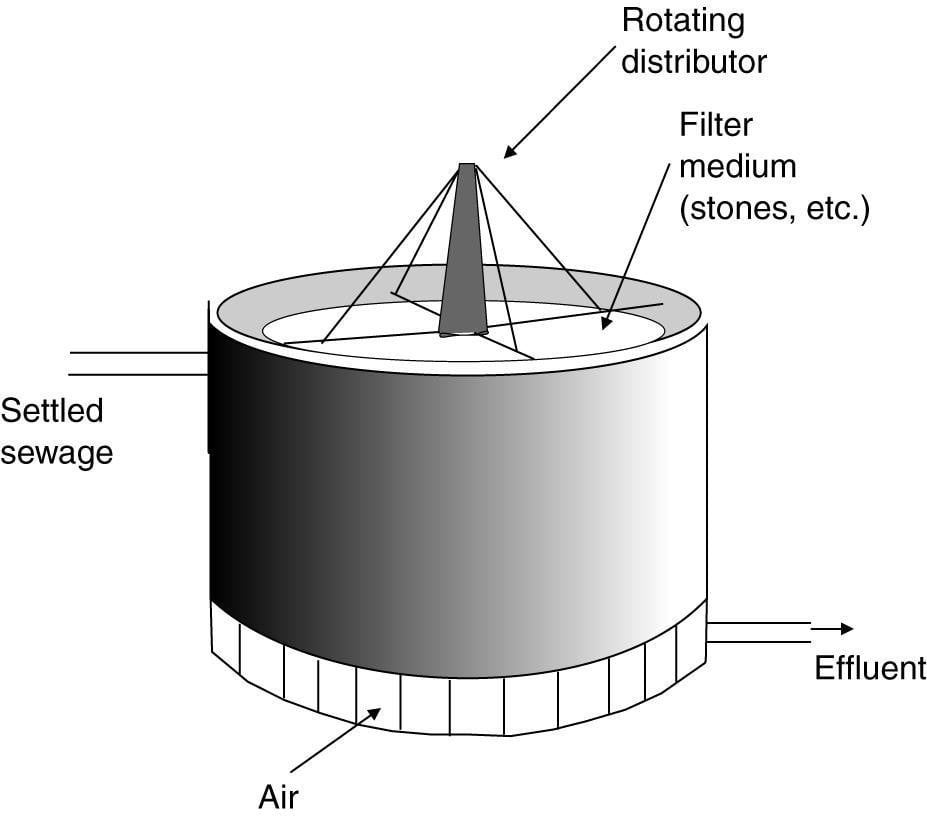 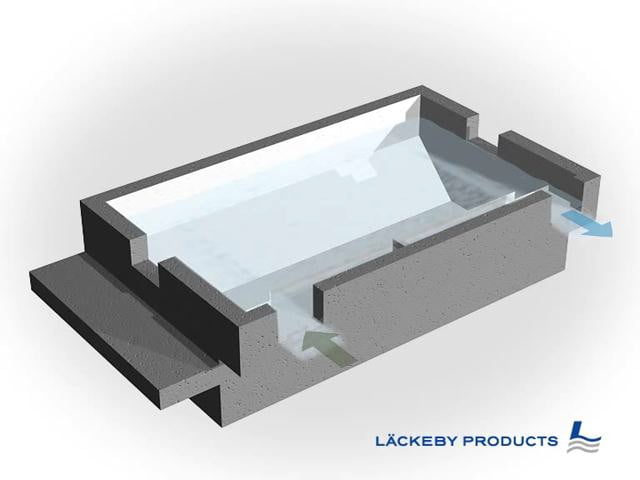 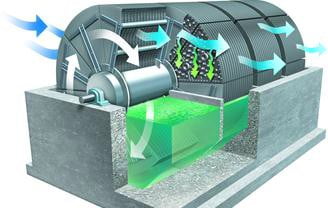 Wastewater is applied to sloping field. Treatment is provided by the plants and the microbial biomass at the soil surface as the wastewater flows down a sloping field. The process minimizes percolation into the soil and renovated water is collected at the bottom of the slope and discharged into a surface water body.

Wastewater is applied to natural and artificial wetlands. Renovation is accomplished by sedimentation and biological activity of the plants and microorganisms present.

1) Removal of Nitrogen and Phosphorus from Wastewater 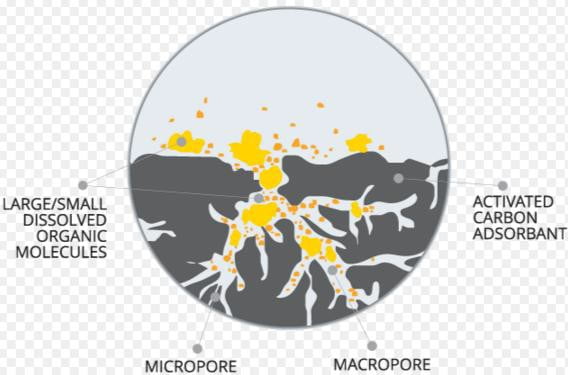 Even after secondary treatment, the soluble organic materials that are resistant to biological breakdown will persist. Such materials are often referred to as Refractory organics.

Water pollutants Water that has been withdrawn, used and then returned will be polluted in one way or…