Why Are Industrial Robots Considered As The Future Of The Automation World?

Ever since industrial robots came to the surface, life has never been this easy and convenient for many people, especially certain companies who hire people to perform hazardous and heavy tasks. Some industrial robots even perform tasks more efficiently and accurately than humans. This field is considered well-established and very important in this innovative world.

For those who didn’t know yet, industrial robots are robot systems designed for manufacturing and doing heavy tasks. They are programmed to be useful as substitutes to perform more complicated and hazardous work. They are well utilized to carry out dangerous and inappropriate duties for humans.

Since 1960, when the first industrial robots are introduced to the public, the manufacturing industry has found a way to reduce work-related accidents and hazards and increase efficiency in producing goods. As of now, industrial robots are somewhere near one million, with almost half of them being actively utilized in Japan and 15% in the US. By 2021, industrial robots will take up nearly 6% of all jobs in the US, including customer service. 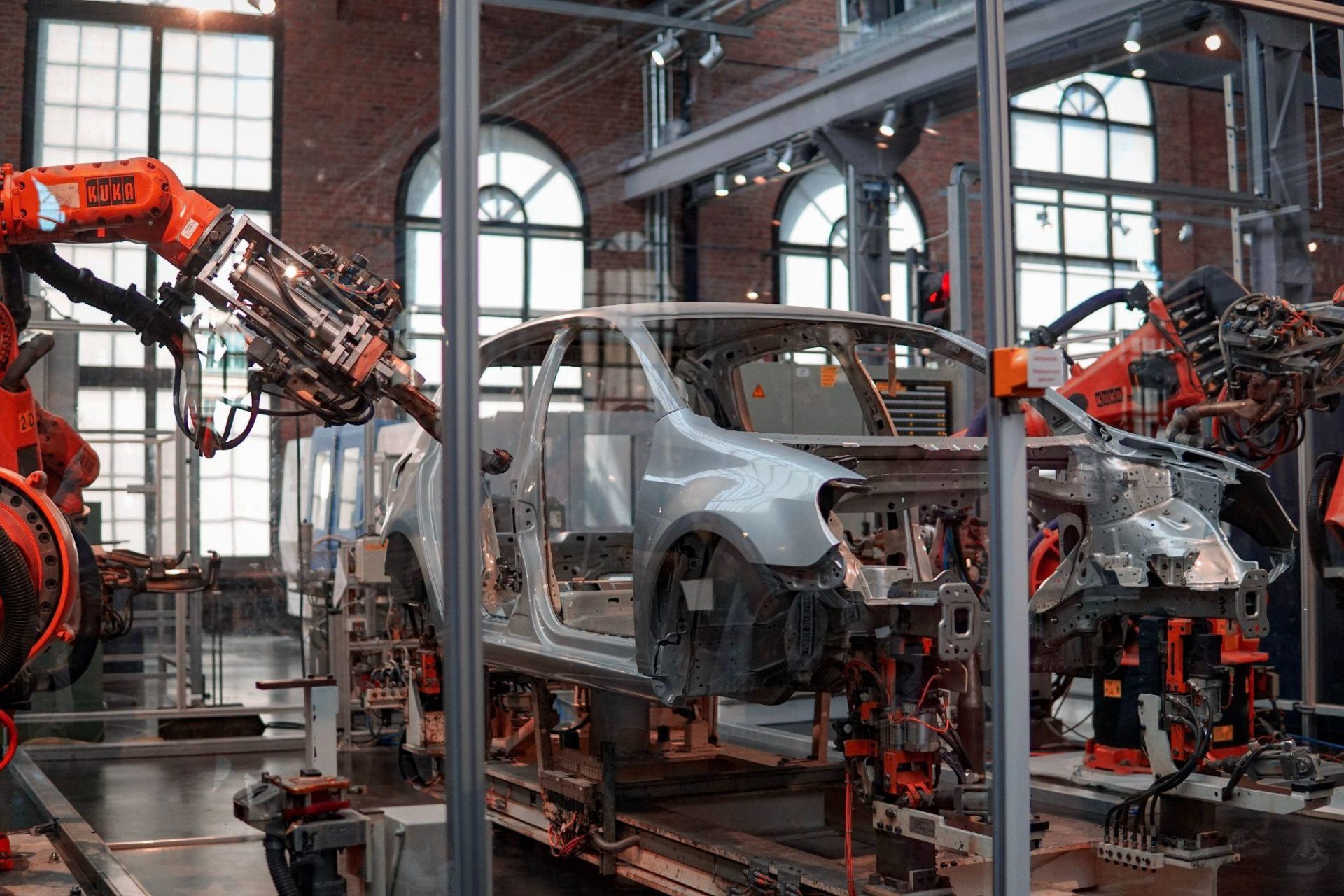 What Are The Industries That Make Use Of Industrial Robots?

Industrial robots aren’t just the ones portrayed in science fiction movies. However, industrial robots are mostly physically designed based on their particular function for a task that they’re programmed to do. When talking about robots, there are three aspects to be considered: 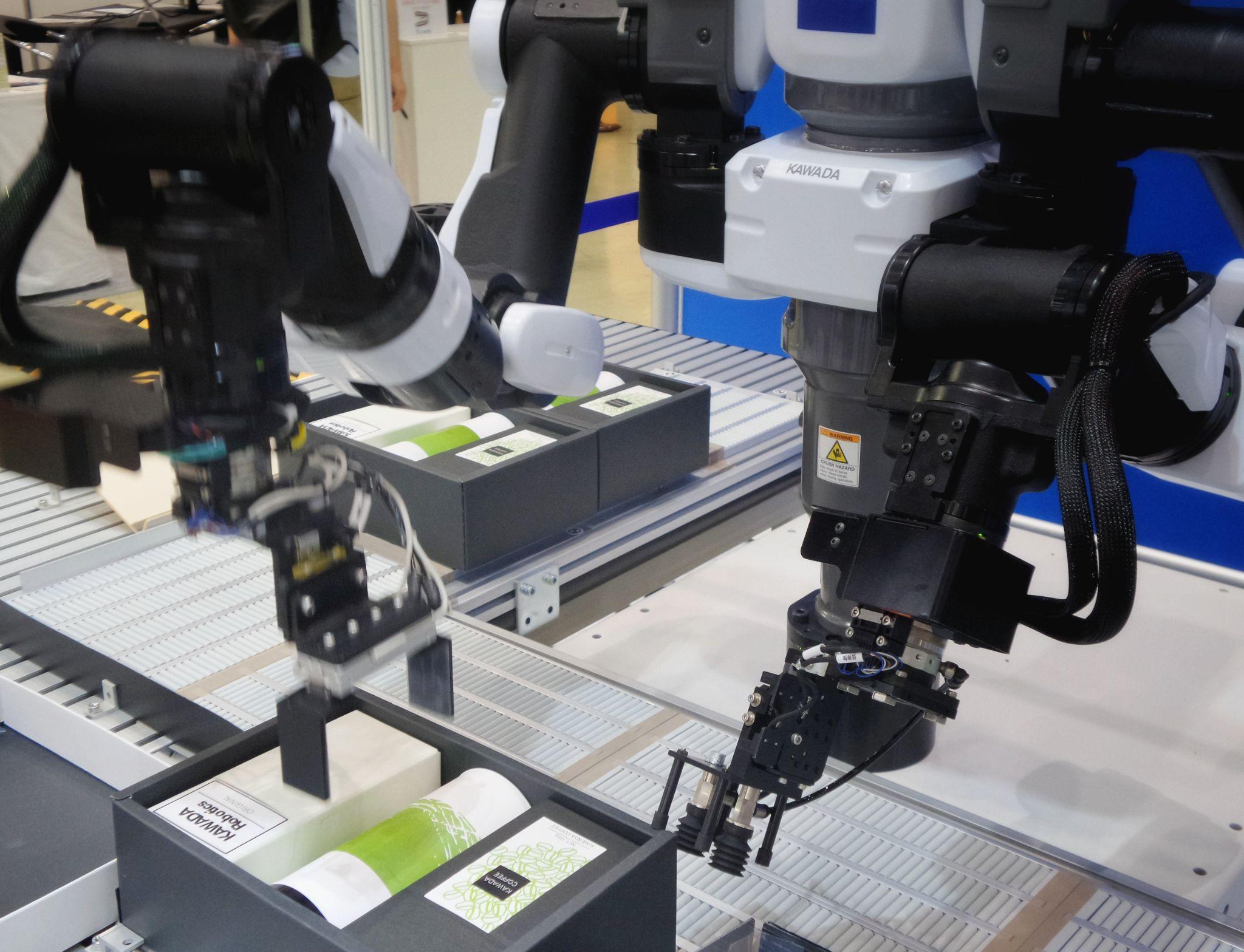 What Are The Types Of Robots Used In The Automation World?

Collaborative Robots or Cobots are made to operate in factories alongside people. Their primary purpose is to do operations that require human supervision but are too risky to be completed by traditional manufacturing robots. They work with humans either as an assistant in a certain task or process or serve as guidance.

Because they may be programmed to execute various activities on an assembly line, such as screwing bolts, welding, or painting, robot arms are one of the most prevalent forms of flexible automation. They’re often seen in industries that produce massive items, such as automobiles.

They’re also routinely employed to transport large objects from one factory to another or keep products in place while being inspected. To regulate the arm’s movements, they utilize a system that creates compressed air and transfers it to an actuator, more commonly known as the motor.

Autonomous Mobile Robots or ARMs are manufacturing robots that can navigate work settings without human intervention. To avoid obstructions and employees’ movement, they use artificial intelligence to “see” their environment. They’re mainly employed for moving goods like Cobots, and they’re frequently designed to transfer huge loads that would otherwise need numerous humans or other heavy-duty equipment.

Robotic blacksmithing, or Robot blacksmithing, is a new type of automation that might eventually replace traditional machining and 3D printing to manufacture certain products in the field. It employs specialized tools, robotic arms, and sensors to form metals and other materials.

The lasers modify the fundamental component, and the sensors enable the robot to detect the form. The basic advantage of robotic blacksmithing is that it is more resource-efficient and sustainable. 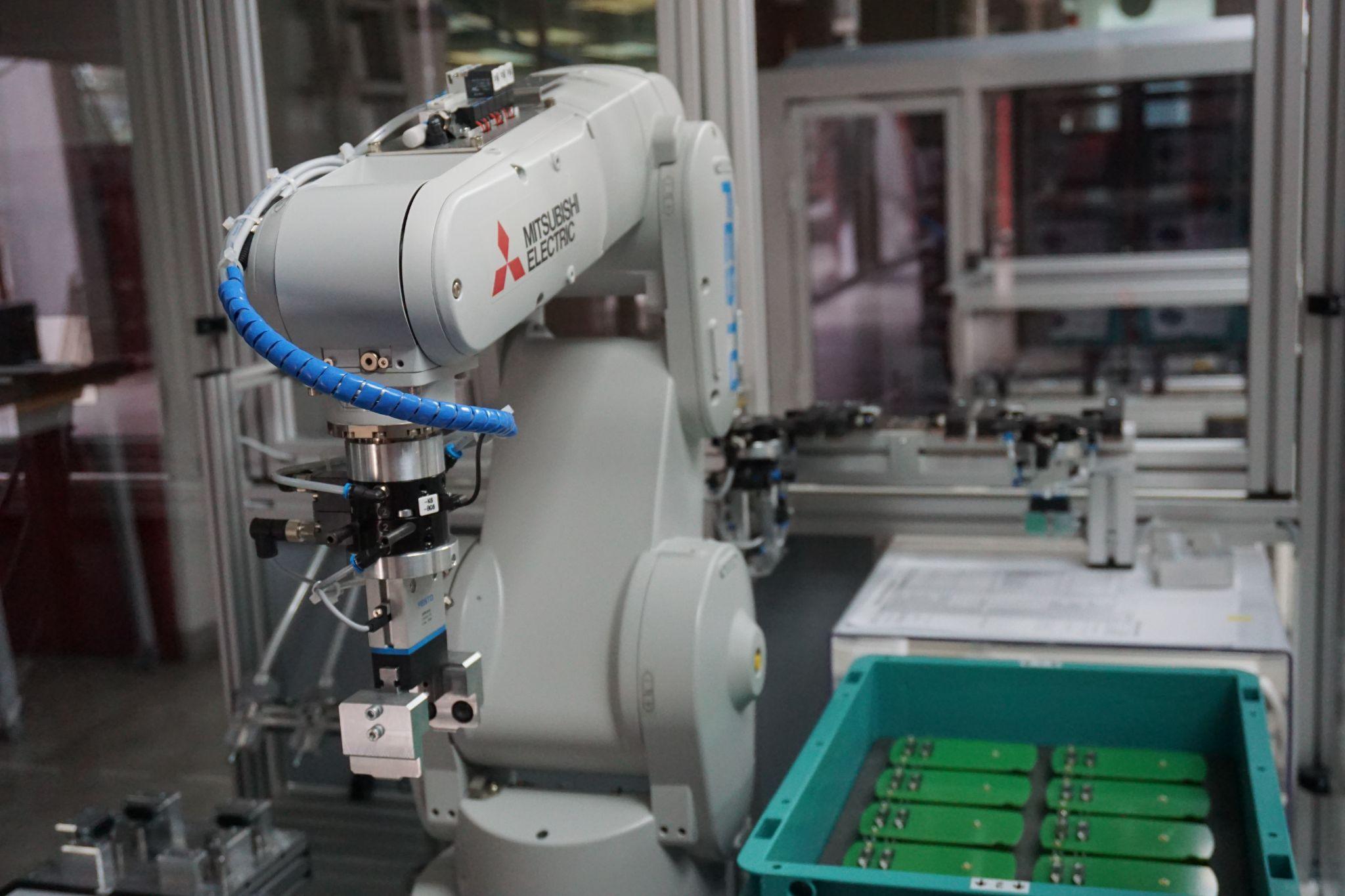 What Are The Tasks Performed By Industrial Robots?

The purpose of producing as many industrial robots in almost every field is to lessen the risks and hazards within the workplace and increase the efficiency of produced goods. Industrial robots are programmed and used for a variety of tasks and applications, such as the following:

Perhaps this is the most common task that an industrial robot is designed to do, manufacturing. Some industrial robots are equipped with either manual power or artificial intelligence to perform tasks such as processing operations, handling materials, assembly, and inspection of products produced in a company or factory.

In the food manufacturing industry, pick and place packaging robots increase the productivity of food products such as biscuits, snacks, pet food, and frozen food.

Laser, plasma, water jet cutters, and other hazardous cutting elements are widely employed with robots due to their risky nature. The robot may be programmed with hundreds of cutting pathways, resulting in better precision and path-following flexibility than most specialist cutting machines.

Industrial robots that are programmed to seal or glue materials together follow an exact path needed to be sealed with excellent control over speed while keeping a steady bead of a sticky substrate to apply a sealant or glue. In the automotive sector, robots are widely employed to seal windows and in packaging procedures for automatic sealing of corrugated containers of goods.

Industrial robots are also widely used for welding today, as welding is an essential skill to master in manufacturing processes. Unfortunately, it might take several months or even years to master the art of welding in general, especially metal arc welding, as it requires a consistent orientation of the torch and arc length.

Due to the demands in the welding industry, industrial robots of today are now equipped with advanced welding technologies that make welding tasks convenient and hassle-free. Some of the other benefits of automation in welding include higher quality welds, greater productivity, reduced waste, lessened reworks, post-weld waste, etc. What Are The Advantages And Benefits Of Using Industrial Robots?

The main benefit of industrial robots was to do work as efficiently and hazard-free as possible. Instead of hiring humans who have limited capacity on their power to perform tasks, industrial robots are a gift to our economically developing world.

Indeed, industrial robots provide different comfort and convenience in workplaces. Some are as follows: 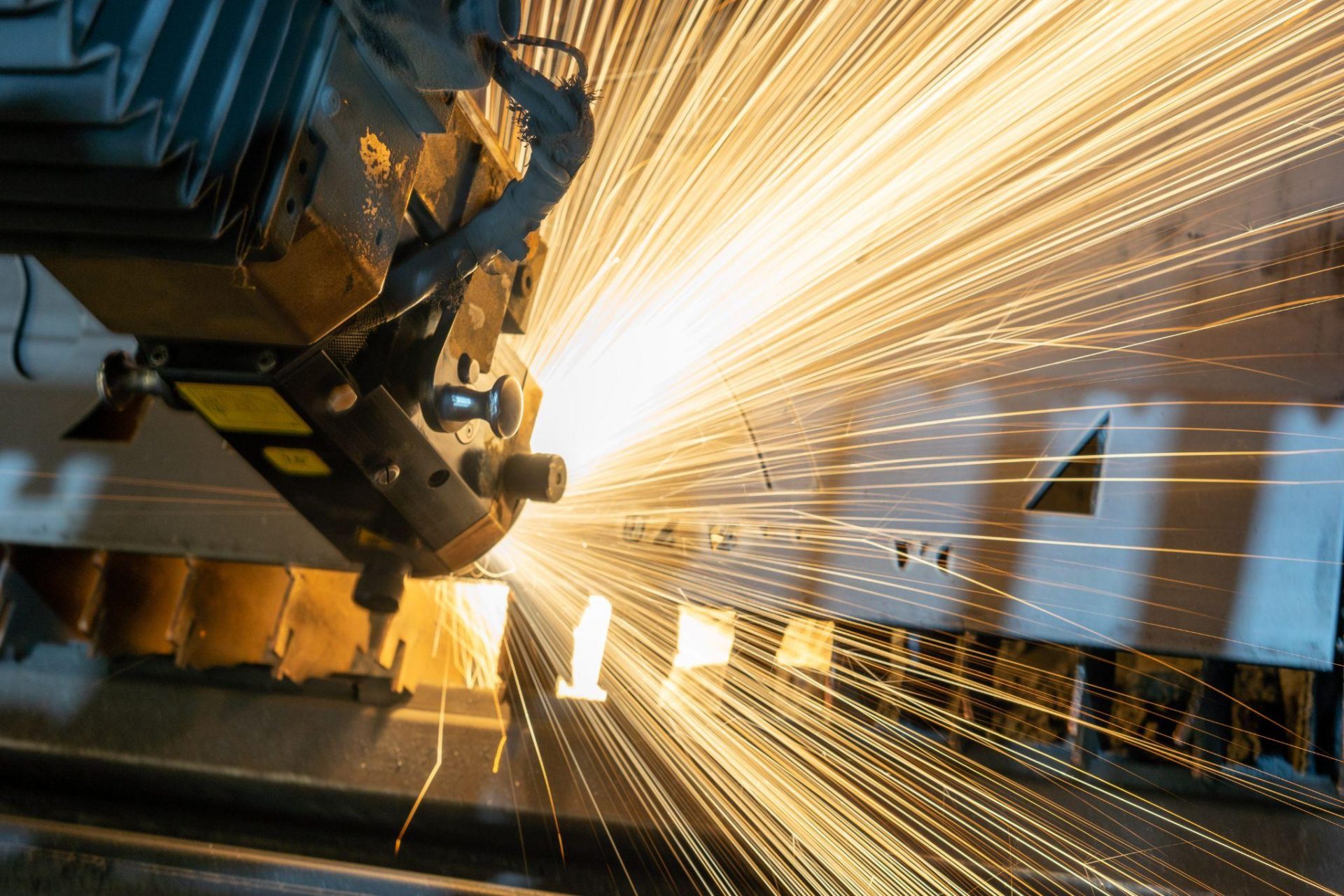 The Future Of Industrial Robots

With the growing technologies that we have today, it would be no surprise if industrial robots would be almost taking over other jobs requiring human effort in the next ten or twenty years.

Although artificial intelligence in robots is now a hot topic among many, several breakthroughs can still be made with creative minds’ emergence of new discoveries and innovations. Indeed, today’s robots are now equipped to perform dangerous and repetitive daily tasks. Still, more intelligent robots in the future might be able to do more complex work and even thrive in a strategic environment.

No matter what business you might be in, your company is likely to use delivery services of some…

The Science of Curb Appeal: How to Get Your Property Noticed in 2022

Contractors are people who work in various forms of DIY for a living, like decorators, plumbers, and carpenters. They…