The main objective of this job is to set out a simple circular horizontally using Rankine’s method.

A simple circular curve is defined as a Horizontal curve comprised of a single arc with a constant radius connecting the two tangents. It is the most commonly used horizontal curve. Its practical example is a simple arc provided in the road or railway track to impose a curve between two straight lines.

The location of the curve’s starting point is allocated as the point of curvature represented by “P1“.

The location of the endpoint of the curve is allocated as the point of tangency represented by “T2”.

Point of intersection of the tangents

The point of intersection of the tangents is the point where the two tangents intersect and this point is also called the vertex.

Length of a tangent

Apex of a curve

Apex is the distance from “I” to the midpoint of the curve.

Versed sine of the curve

Length of a chord

The length of the chord is the displacement from “T1” to “T2“.

The length of a curve is defined as the length from “T1” to “T2” is the curved distance between the ends of the simple curve.

Let AB and BC be two tangents intersecting at B having a deflection angle of φ. The tangent lengths of AB and BC are calculated and points “T1” and “T2” are marked.

P1 = First point on the curve

R = Radius of the curve

Δn = Total deflection for the chords

When the degree of curve is given:

Objective: The primary objective of this job is to locate various objects in the field by chain and… 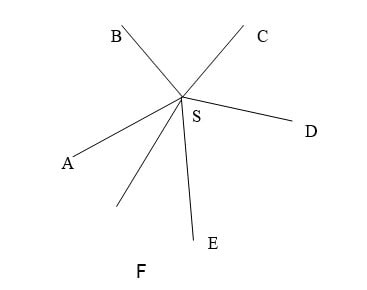 Objective: The main objective of this job is to calculate the horizontal angles in the field using the…

Objective: The primary objective of this job is to find out the distance between two inaccessible points employing…