The performance of this experiment targets the following objectives:

An orifice is simply an aperture or hole and for flow measurement, it can be installed in a fluid tank (at the base or side) through which water is expelled out in the form of a jet.

Orifices are used to measure the discharge or volumetric rate of flow through tanks, reservoirs, or any fluid receptacle.

Evidently, the flow through an orifice depends upon the diameter and type of orifice as well as the head of fluid present above it. 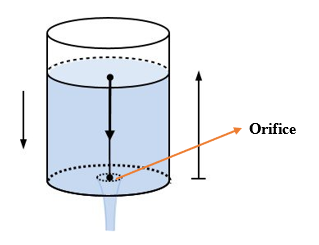 The figure above shows an orifice meter connected in a pipe of diameter D containing a fluid flowing under the influence of pressure forces.

Due to the presence of the orifice plate, the pipe’s diameter reduces. Consequently, the velocity of fluid shows an instantaneous surge, thereby dropping the fluid pressure at the contracted section. 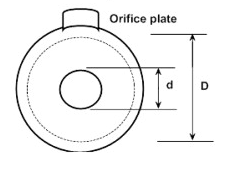 do = Diameter of orifice

A2 = Area of pipe at vena contracta

h = Pressure difference in the limbs of manometer

The theoretical discharge through the pipe cross-section can be calculated as;

The actual discharge can be determined by recording the time to fill a known volume of fluid in the volumetric tank.

When an orifice meter is installed in a pipe, the cross-section contracts. Consequently, the streamlines come close to each other. The section where the streamlines come the closest possible is termed the vena contracta. The velocity of fluid at this section shows an instantaneous hike followed by a pressure decrement. 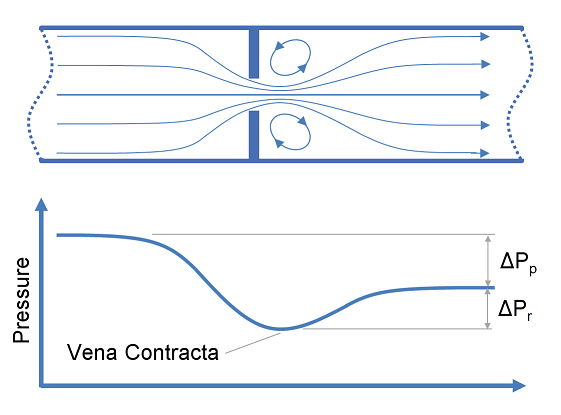 The figure above shows the graphical trend of pressure variation across the orifice plate. It can be seen that at the contracted section, the pressure magnitude is the least after which the pressure head is restored but to decremented value in comparison to the pressure at the inlet. This is because of frictional losses incurred as the fluid traverses the pipe length.

The coefficient of discharge of an orifice meter is the ratio of the actual discharge to the theoretically-calculated volume flow rate. Mathematically, it is given as; 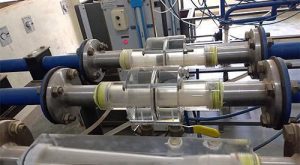 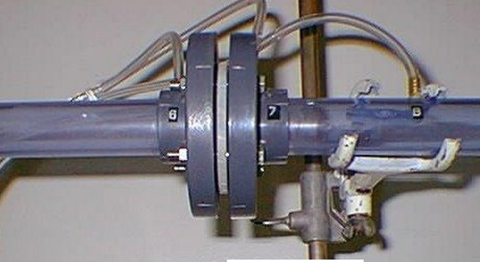 Diameter of orifice = do = 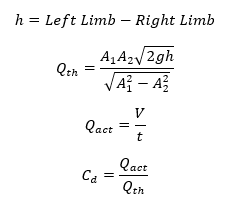 The formula for calculating the differential head is based on the assumption that the flow through the pipe is from left to right such that the left limb of the manometer connected at the pipe inlet shows a higher value of pressure head than the right limb connected at the contracted section.

Coefficient of Discharge of the orifice meter =

To mark the centre line of foundation for the given building drawing.

Objective: The main aim of this job is to mark the center line of foundation from the given…

Aim: To determine difference in elevation between two points using fly leveling and Fly back leveling. Booking the…

Determination of Calcium-Magnesium Hardness of Water