Leveling is generally followed technique to obtain the elevation of one point relative to another. Leveling helps in engineering surveys to obtain and establish the height of the object relative to specified or known to reduce level or vice versa.

The approach of surveying used for determining the relative heights of points or objects on the surface of earth is called leveling.

Some definitions that are used in leveling.

It’s an arbitrary line surface where the heights of points may be measured and then compared.

(e) Elevation of a point/Reduced Level:

It refers to a straight-up distance above or below the reference surface that is known as a datum. As the point sits above or below the datum, the height of a point is coded as positive or negative. A point’s reduced level is the level of that point corresponding to an assumed datum.

It’s staff reading obtained at an already identified height, e.g., benchmark. It’s initial reading noted on staff when leveling is done followed by a proper procedure. It is called plus sight also.

It’s a staff reading obtained on a point whose already identified height is unknown and should be noted. FS is the final reading noted from the instrument before it moved to a new place. It’s also called a minus sight

Any other staff reading that is measured using the same set up of the level at a place of unknown height. Between BS and FS, each reading is intermediate sight.

Changepoint denotes the shifting of the level. The FS and BS are taken from this location.

The station is where both FS and BS are measured. It’s worth noting that this is a place where the staff is held and measurement of elevation is obtained.

The height of the instrument is the elevation of the plane of collimation. It’s BS plus the RL of the benchmark.

Types of Levelling Survey are: 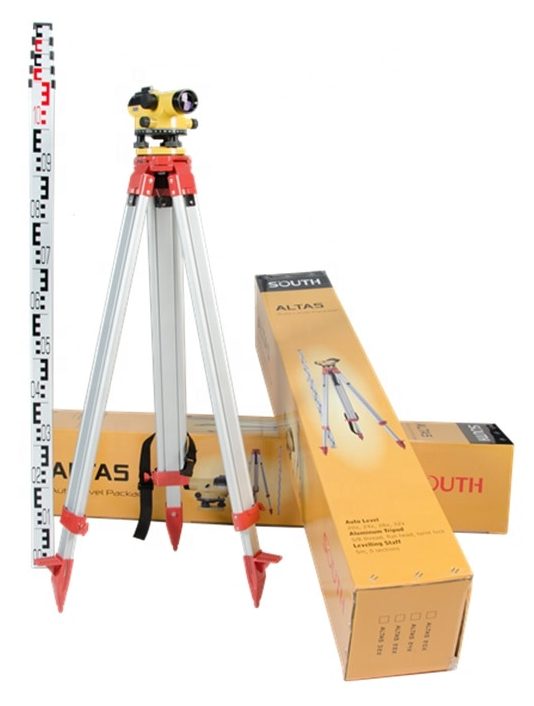 Use of staff in leveling:

This method works by comparing the point after first with respect to previous/ preceding points and noting down the difference of levels between them. The reduced level (R. L) of each point can be determined by adding and subtracting the fall from or to the R.L of the previous point. This method is beneficial for differential leveling. This method checks on the intermediate sights with back sight and foresight

2)(HOC) Height of the Plane of Collimation method.

This method is helpful in finding the height of the instrument or height of collimation and then finding out the reduced levels of the points with respect to the plane of collimation. The check here that is applied is an arithmetic check, e.g., The sum of B.S. and Sum of F.S should be equal to the difference between the reduced levels of first points.

The level is attached to the telescope that is a leveling device and it is attached on a stand usually a tripod stand so that it can move horizontally. Following are some types of levels that are used in leveling.

Detail of these levels:

This is also known as an optical level. A dumpy level is an internal focusing telescope consisting of four parts including an eye-piece, a negative lens, a diaphragm, and an objective lens. This telescope is fixed and cannot move in a horizontal plane.

This is the telescope that can move in horizontal plan and also can move in the vertical plan for almost 4 degrees. The bubble of this level can be set easily by small adjustments. It plays an important role when there are vibrations and nowadays automatic level has replaced it.

This type of level is modern level and is much in use nowadays consists of an arrangement of 3 prisms. Its working is very much similar to that of dumpy level. A compensator is used inside the telescope for the accurate measurement of reading. There is an internal pendulum in it that is used for horizontal reading.

Why is leveling important in engineering surveys?

Leveling is important in field surveying because all the work has to be done according to it. In leveling, we determine the reduced levels, datum, and benchmarks. Datum is the most important and we determine it by assuming its height equal to zero at sea level. Benchmarks as discussed previously are the points of known heights or of known elevation. Leveling is important to achieve accuracy in engineering work.

Traversing A geometrical figure, consisting of a series of consecutive survey lines is called traverse. Points joining these…

Definition of contouring: Contouring is the method used in surveying to determine the elevation of the points and…