The objective of this experiment is to compare the experimental results of support reactions of a simply-supported beam with the analytical ones.

The test is based on the ‘Principle of Moments.’ It states that if a system of coplanar forces acts on a rigid body, and the body remains in equilibrium despite the forces being acted upon, the summation of all the vertical forces acting on the body is zero, the summation of all the horizontal forces is zero and the algebraic sum of their moments at any point inside the plane is also zero. Mathematically,

A beam is a line element used as a structural load-bearing member and is majorly subjected to bending moments. It caters the applied load by flexural action that largely depends on the end conditions of the beams. The end conditions and nature of applied loading tend to govern the beam flexure.

Types of Supports for a Beam

Based on end conditions, a beam may be supported in the following ways:

A roller support restrains the movement of beam only in a direction perpendicular to the surface it rests on. It does not constrain the translational movement parallel to its surface or rotation of beam. Therefore, a roller support only provides a single reaction at the beam end where it is provided.

As the name indicates, a hinge support pretty much behaves like the hinge of a door. It prevents all types of translational movements of the element. However, when the beam is subjected to loading, the hinge support is unable to rise up to its revolt and the member flexes, bends or rotates at the end where the hinge is provided.

A fixed support provides fixity to the beam at the end it is provided. This means that it constrains all kinds of translational and rotational movements of beam at the very end. Hence, for any externally applied load, the beam begins its deflection curvature away from the fixed support.

It should be kept in mind that increasing the number of supports of a beam makes it stable but statically indeterminate.

The external load that acts on a beam can be of any of the following types;

A point load is one that is applied on an area that is very small relative to the total area of member. Therefore, it is presumed to act at a point. The following figure shows a point load acting on beam at a distance from the left support. 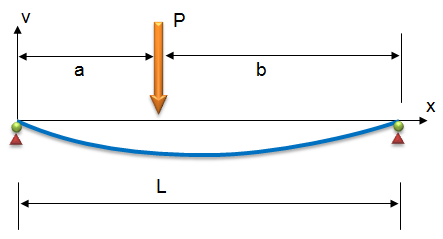 This type of load is distributed uniformly over a particular area of the member. The word ‘distributed’ signifies that the external force is an area load. Additionally, a UDL does not change its intensity and direction over the span it acts. The figure below shows a uniformly distributed load of intensity “q” acting over the entire beam span L. 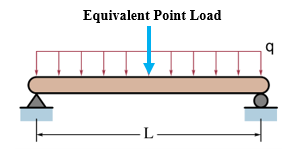 In order to apply the equations of equilibrium, the UDL is converted into an equivalent point load. The equivalent load is actually the area of the load diagram and it acts at the centroid of the loading diagram.

As the name indicates, this type of load varies in magnitude and is not distributed uniformly over the span it acts. The following figure shows a varyingly distributed load of magnitude ‘w’ acting on a particular section of beam span L. 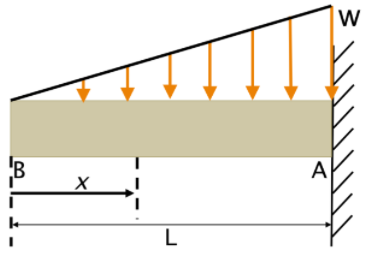 Again, the equivalent point load is computed by calculating the area of load diagram, which is a triangle in this case, and the resultant equivalent load acts at the centroid of triangle. 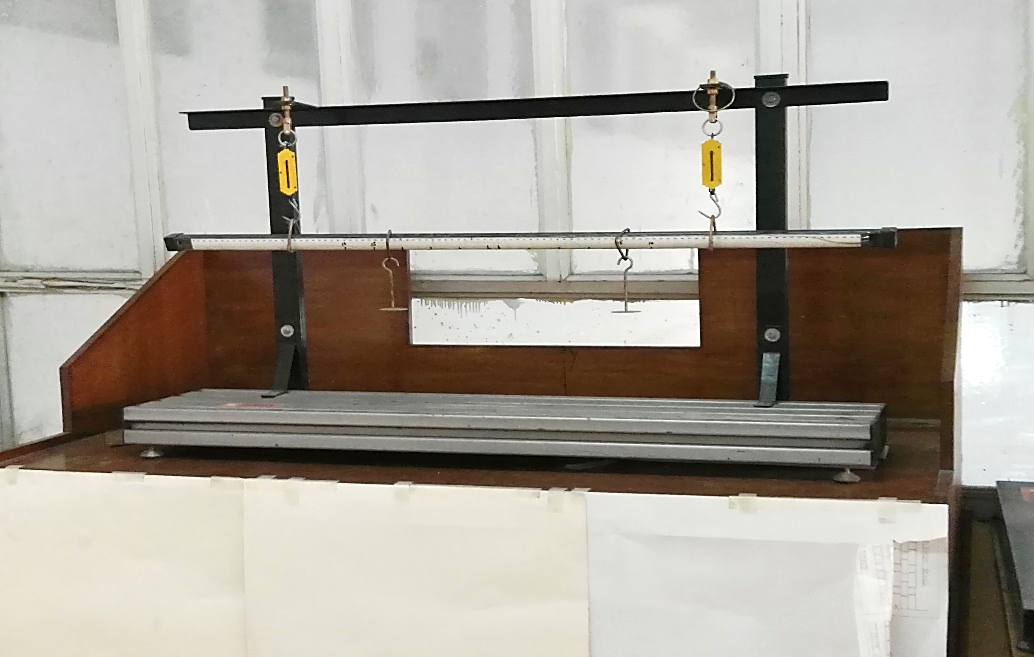 Initial reading on first spring balance when no load is applied = (lbs.)

Initial reading on second spring balance when no load is applied = (lbs.)

Experimentally, the support reaction at a particular beam end is given by,

The test results are summarized below;

The deviation of experimental outcomes from the analytical results points fingers to some random, human or systematic errors during the performance of test. These include erroneous length measurements, inaccurate reading of spring balances, positioning of load in deviation to the centroidal axis of beam or any other unnoticed loading source like vibration of test setup, etc.

Determination of Calcium-Magnesium Hardness of Water

To determine the workability of concrete mix of given proportion by compaction factor test.

Compacting factor test is performed using guidelines from past researches. However, BS 1881-103 has detailed the guidelines for… 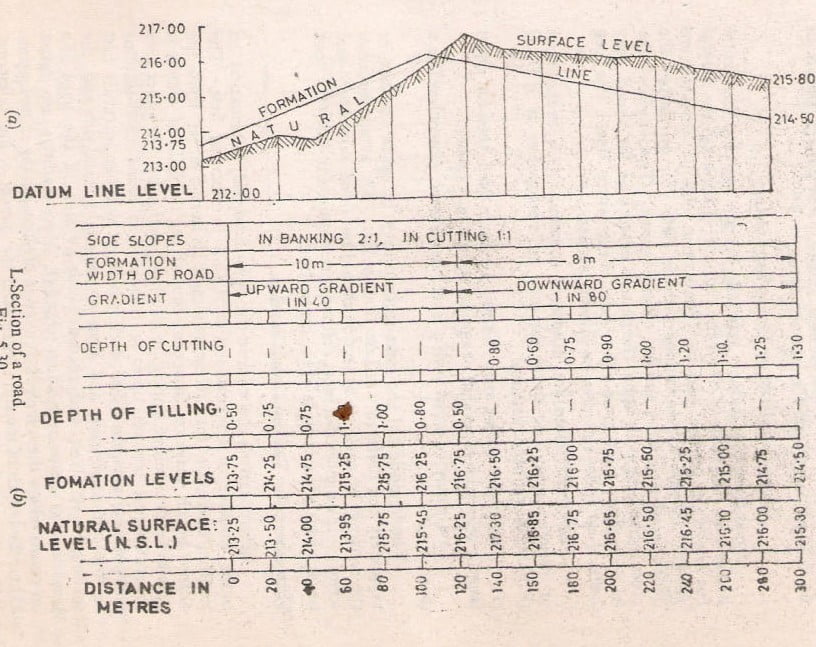