The main objective of this survey job is to set out a horizontal simple circular curve on the ground utilizing two theodolite methods in the field.

This method is based on the principle that the deflection angle between a tangent and a chord is equal to the angle which the chord subtends in the alternate segment.

Suppose, two tangent points are marked on the ground such that T1 is the point of commencement and T2 be the point of tangency. Let, I be their point of intersection and O is the center of the simple circular curve as shown in the figure:

Let, T1 a be the first sub-chord of length C1 and δ1 be its deflection angle. As we know from the properties of the circle:

Similarly, it can be shown that: 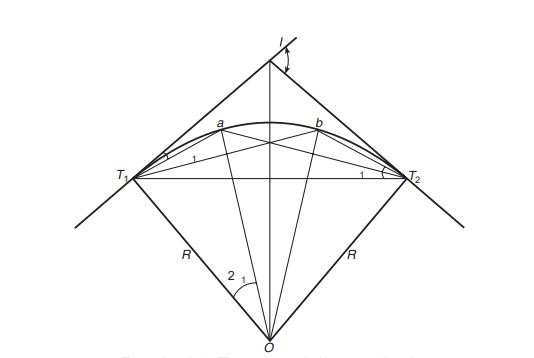 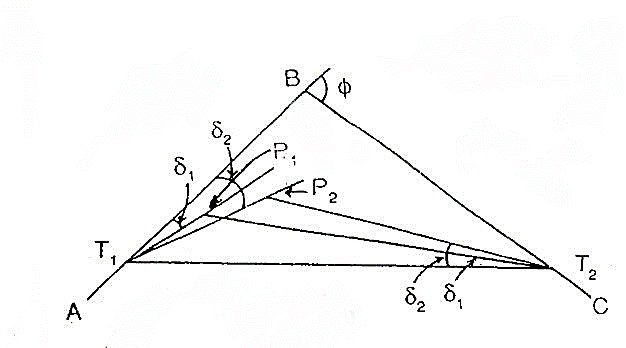 A simple circular curve has been set out using two theodolite method. 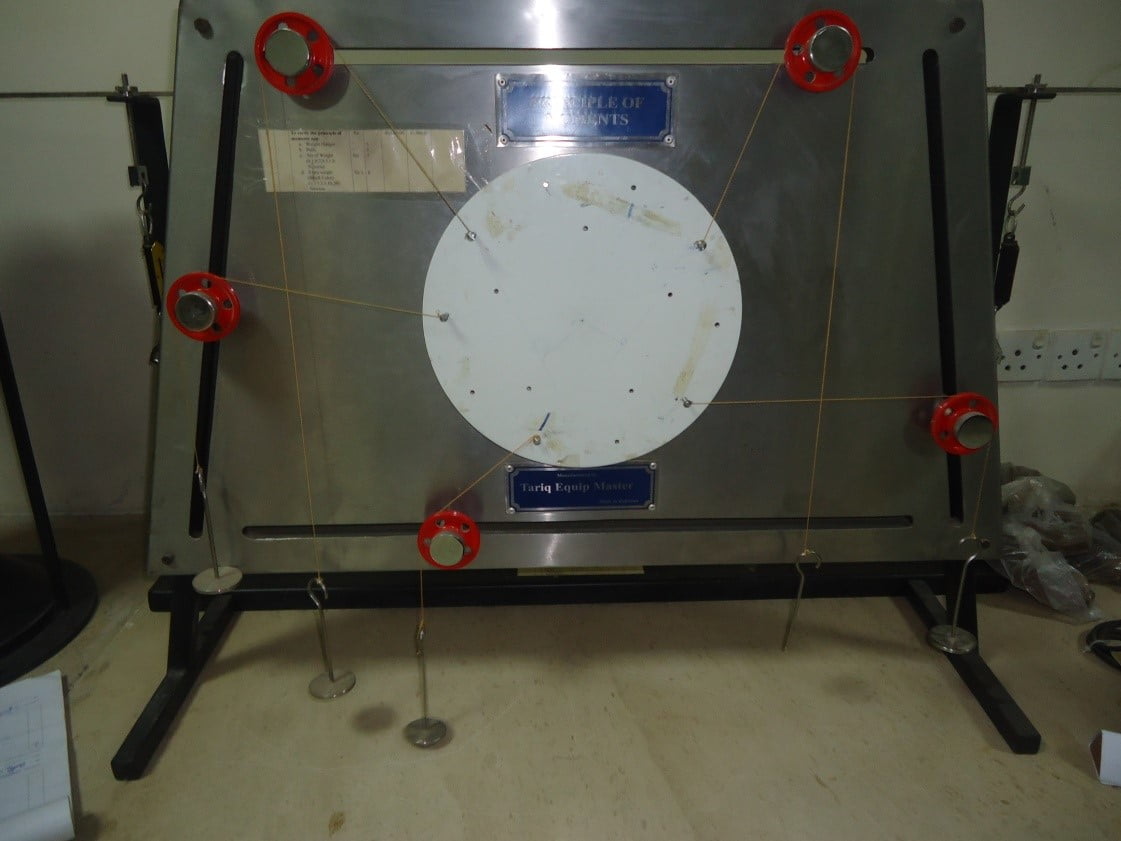 Objectives: To verify the principle of moments Purpose: To prove that the body is in equilibrium when sum…

Statement: To determine tension in various points of a hanging rope loaded at different Points. Purpose: To compare…